DuckDuckGo to Make a Grand Entrance

Although search engine DuckDuckGo has been around for a few years, its partnership with Apple could make it a viable player in the internet search world in the very near future. The search engine displays a clean and uncluttered set of results to its users all within a secure, private environment. Will this be enough to vault it into competition with Bing and Yahoo? Perhaps.

The much anticipated launch of Apple’s IOS 8 iPhone operating system will include DuckDuckGo as the default search engine. This exposure will likely bring a great deal of attention and many new users, but will consumers react positively to a new search engine and modify some long-held search behaviors to change permanently? A couple key factors may determine the speed of acceptance.

DuckDuckGo runs a message on its search page that reads “The search engine that doesn’t track you.” Users are becoming more sensitive to those tracking their online activities as news about hacking and surveillance become more widespread. In a recent interview with Searchengineland, DuckDuckGo CEO Gabriel Weinberg said that users should not want to have their activity tracked by the search engines, adding:

Most people have started noticing ads following them around the Internet. That’s the annoying result of companies tracking you across the Internet – and that’s just the most visible evidence. Your information can be legally requested. You are also being charged different prices online based on this same data profile. There are many good reasons why you don’t want to be tracked.

Personal privacy concerns as well as the revelations that some government agencies may seek and store records of search activity, could drive demand for such a privacy-focused search engine.

Following the celebrity photo hacking scandal, in which some famous celebrities had their personal photos stolen and released online, Apple seems focused on rebuilding public confidence in its security systems. A privacy oriented search engine included with the security-focused IOS 8 release may help, and releasing DuckDuckGo now as a secure search alternative may be fortuitous timing.

One of the major user complaints about the current, common search engines is the amount of “clutter” or information confusion delivered on results pages. Paid ads, maps, push-pins and other information push organic results further down the page. In most test instances, DuckDuckGo displays three organic results “above the fold” in many browsers. This display enables readers to review the top organic results without scrolling.

Is DuckDuckGo on the Threshold of Market Acceptance?

Old consumer habits are difficult to change. Search users are accustomed to the clutter on Google and if use statistics are any indication, users already accept having their activity tracked. Consumer acceptance of a search competitor that doesn’t track user activity and that presents a cleaner set of results isn’t a sure thing.

What is reasonably clear is that if DuckDuckGo makes a strong entrance into the search arena with these market attributes, Google, Bing and Yahoo! will respond. And, as DuckDuckGo needs to operate profitably, there is no telling how long they will carry on with their relatively ad-free display and have to start “cluttering up” its own results.

As the new Apple operating system gets distributed more widely, we may not have to wait long to find out if DuckDuckGo would be the first major entrant into the search engine world in quite some time. Keep an eye out for it, and when you get the chance to try it out, let us know your opinion, and if you’ll continue using the new search engine. 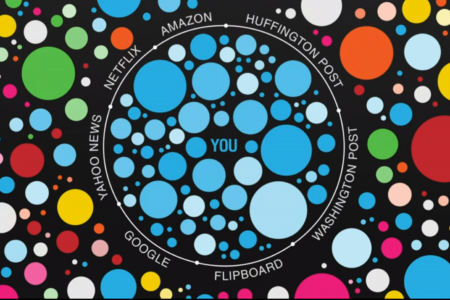 No matter where you stand on politics, these past few months have sure been a … Read More >