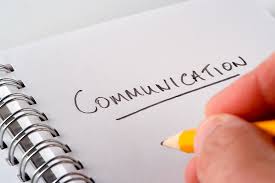 Ah, the age of technology. We have smartphones, tablets and laptops to work from anywhere at anytime. We’ve shed the print publications in favor of online newsletters and all staff email blasts. So it is safe to say everyone is wired and up to speed via our real-time communications efforts, right?

Not so much. GroundFloor Media has several health care industry clients and we’ve experienced the challenges with communicating to clinical staff whom are seldom in front of a computer or online via other technologies. It can be extremely frustrating to sit in meetings or be stopped in the hall by a manager and have questions asked that were answered previously in staff communications. We call it the online black hole of doom.

In an article by Russell Working, a staff writer for Ragan Communications, and former reporter for the Chicago Tribune, he covered a training session with Janet Anderson, an institutional communications manager at John Hopkins Medicine, her colleague Amy Goodwin, and top communications consultant Shel Holtz about ongoing internal communication challenges. Below are a few tips shared from Working’s article “How Johns Hopkins reaches staffers who aren’t on computers” on Regan’s Healthcare Communications News:

Reach everyone
Johns Hopkins has 41,000 employees, 20 percent of whom have little or nothing to do with computers during the workday, says Amy Goodwin, senior director of strategic communications and public affairs for Johns Hopkins Medicine. Among this class of employees are nurses or clinical professionals who might spend no time on computers other than checking medical records or clinical applications. This means they seldom access the intranet.

Holtz recalls speaking to a VP of corporate communications at a telecoms company who boasted that his company had done away with all print publications.
Oh? Splendid. And, Holtz asked, how many employees had access to the intranet?
“About 35 percent,” Mr. VP said. “The rest were out in the field, installing telephones, digging transmission ditches, setting up Internet access in homes. But not to worry: Once a week, comms sent an email to supervisors, listing everything employees needed to know.”

Print still matters
Holtz is seeing a resurgence of print in communications. Many organizations that gave it up due to high costs are returning to it because it meets strategic goals, he says.
In some cases, employees might be violating their contract by accessing the intranet at home, but nobody can stop them from reading an organization’s publication on the bus ride home.

“Print, they’ll always flip through it,” Holtz says. “It’s in a nice, self-contained package, and everything is in one place.”

Anderson says that an audit showed that 70 percent of employees prefer to receive information digitally, but 51 percent still value having access to a print publication.
Information on the Internet is easy to miss, Holtz says. Articles scroll through during the day as the site is updated, and people have to go hunting for that update about benefits.

Print allows for more graphic content and photos. Johns Hopkins has a number of publications, “Inside Hopkins” (news you can use) and “Dome” (the flagship publication). Sixty percent of employees read “Dome,” which focuses on institutional goals. Formerly physician-focused in its stories, it now also features nurses and other frontline employees.

Johns Hopkins also has niche publications for specific internal audiences, such as nurses.

“It’s so important to include that celebratory aspect,” Anderson says. “What have people accomplished? What are the great patient stories? Why are we here?”

Smart bulletin boards
Bulletin boards “are the most woefully underused communication channel in any organization,” Holtz says. And yes, he means old-fashioned corkboards with push pins and thumbtacks.

Integrate bulletin boards with the smartphones that most employees are using, Holtz says. One organization has signs that allow you to hold up your smartphone, scan a code, and get two-minute summary of what’s going on: “a weekly plant wrap telling what happened this last week, what’s coming up the next week, what issues we’re looking at,” he says.

Post it
At Johns Hopkins posters are supporting organizational messages. In a United Way drive, the posters didn’t blare, “GIVE!” Rather, they tried to entice people by offering an eye-catching piece of information, such as that 29 percent of homeless adults are employed.

The hospital network has started using windows in areas where there is a lot of foot traffic.

Johns Hopkins has regularly topped US News and World Report’s list of the nation’s best hospitals. When it was afforded that honor again last year, the communications team made banners and postcards to hand out to staff.

The news was embargoed for 12:01 a.m., but “we made sure that by the time the first shift came in, our leaders were at the garages where they worked, shaking their hands, handing out postcards, and thanking them,” says Goodwin.

Posters also helped drive home the news on a mandatory flu vaccination requirement, which was important “because if they didn’t get the flu shot, they’d lose their job,” Anderson says.

The speakers also noted that digital signage has become much more sophisticated than the old TV screens, with some that are even activated by gestures, allowing employees to stop and consume it quickly.

Viva la print! When all else fails, print it, post it, and take the time to walk the halls and communicate with staff in person. It might be time to get back to basics to help boost morale and improve employee communications.