Every year of SXSW seems to get a little bigger, with more sessions (800+ this year), more venues and more activations and parties. We’ll recap Friday’s sessions a little later in the day, but for the time being, here’s a sampling of some of our favorite sights and sounds in Austin so far. 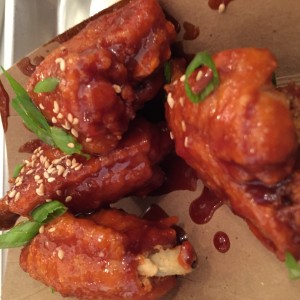 NomNom: Much like Denver, a few of the most popular food trucks are growing up to have their own store fronts, and the K-Pops at Chi’lantro made it really easy to see how they’ve gone from truck to physical location. Imagine a Korean chicken wing…but more delicious than what you’re thinking.

Libations: A late lunch at 24 Diner yesterday included sampling one of Austin Beerworks limited creations, the “Lotion in the Basket.” An unfiltered, hoppy Kellerbier, it was the perfect pairing with 70 degree Austin weather.

Culture Tip: A new category this year to highlight Laura and Ramonna’s “Coding Culture” session on Monday afternoon – we plan to highlight the things we see and hear from folks around Austin about what makes for great company culture. Jon and I were able to get in a day early this year and work remotely from Austin on Thursday…we both mentioned how much we were able to get done just plugging away for a day. Its great to have a flexible workplace at GFM! 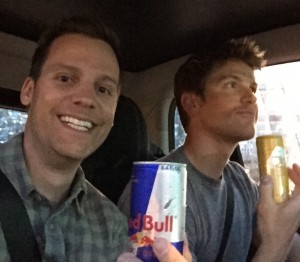 Grab Bag: As if taking Car2Go to get from place to place isn’t good enough, on the way to dinner last night Jon tracked down the free Red Bull car. Smart cars and Red Bull, it doesn’t get much more South by than that.

Free Stuff Rules: The Courtyard Marriott hooked us up with a couple of free breakfasts because they had to move our rooms…Free breakfast tacos!

Overheard: “So I sat on the plane next to Morris the Cat – you know, the one from 9 Lives? There’s actually three of them.” – a guy we met while working from the Courtyard lobby. 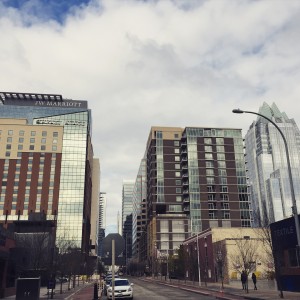 Number of Steps Taken: 11,856 – it helped that we walked to Whole Foods to load up on supplies.