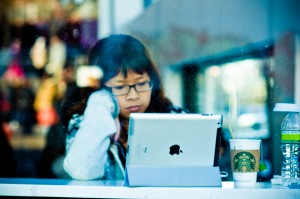 I recently caught a segment on CBS Sunday Morning about a Spanish language TV show called “Sábado Gigante,” a three-hour program that airs every Saturday night and is viewed by millions of people in the U.S. and in 40 countries around the world. The interview included Don Francisco, the gregarious host who has missed just one week in the 53 years since the show began. Amid declining viewership over the past few years, particularly among younger viewers, the show is ending its historic run.

That’s just one example of how TV viewing habits have changed dramatically over the past decade, particularly among the Gen X and Y viewers. Many in these age groups are forgoing cable TV in favor of the massive on-demand content of Hulu, Netflix and Amazon Instant Video. According to a Retrevo “Pulse Report,” 23 percent of people under 25 watch most of their television content online compared with just 8 percent of people over 25.

And with newspaper circulations continuing to nosedive and content shrinking, how are people consuming media and local news? The Pew Research Center recently released its annual State of the News Media for 2015, and some findings are surprising:

It’s clear that media viewing and reading habits will continue to evolve as consumers have more and more options and platforms for consuming news and entertainment. It will be interesting to see what the next decade reveals for mass media and entertainment, and if long-running, popular programs like “Sábado Gigante” still have a place in popular culture among generations of viewers.