How Will Chipotle’s Crisis and Recovery Compare? 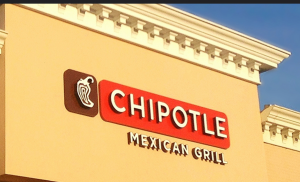 As Chipotle’s woes continue to unfold in the new year, GroundFloor Media wonders about the top crises of the past year and where Chipotle fit in the crisis spectrum. Chipotle had plenty of company in 2015: from Volkswagen lying about its emissions tests to the Ashley Madison data breach that disclosed the identities of 37 million users, to Subway and the child pornography charges against the company’s longtime pitchman. Since Chipotle’s issues involved serious incidents of food poisoning across numerous states, can this homegrown Colorado success story ever recover to its previous glory?

There have been other highly publicized food crises involving restaurants over the past decade, and GroundFloor Media took a look to see how these restaurants have fared since they made headlines.

Wendy’s and its chili ingredients

Going back more than 10 years, Wendy’s was hit with a major scandal when a customer complained she had found a “finger in her chili.” While that incident turned out to be a hoax –

the fingertip was planted by a customer – many experts in the PR industry believe that Wendy’s could’ve done more to emerge from this crisis quicker. Wendy’s didn’t remove chili from its menu while the investigation was going on, and it didn’t take advantage of the opportunities to educate the public about its safety and cleanliness standards. Wendy’s did, however, verify immediately that the fingertip didn’t come from a store employee. Also, we must note, all of this took place before social channels became the complaint medium.

Taco Bell and where’s the beef

In 2011, Taco Bell made worldwide headlines with allegations that its beef was mostly filler. In PR circles, Taco Bell’s response is widely seen as a case study in what to do right. It quickly rolled out an honest, fact-based video campaign, newspaper and TV advertising, digital and social media responses and more to educate the public about the quality of their beef. A lawsuit had been filed, which was later dropped.

In 2009, Domino’s Pizza made headlines when two employees shared an inappropriate video on YouTube of them doing terrible things while preparing pizza at work (think sneezing into the food among other things). The video was replayed on social media and by all media outlets ad nauseam (pun intended). Domino’s immediately apologized for the ex-employees’ actions, created their own videos of food safety, and later created the Pizza Tracker where customers can track their order from the time of the order to when it’s delivered to their home.

In looking at Chipotle, is their crisis made worse by the fact that it’s not an isolated incident like in the case of Wendy’s and Domino’s? Maybe. Chipotle finally received some positive coverage when it recently announced that it will close all of its stores for a few hours on Feb. 8 for employee training on food safety changes the company is implementing. Only time (and its stock price) will tell how effectively Chipotle has responded to its crisis and earned back the trust of its faithful followers.