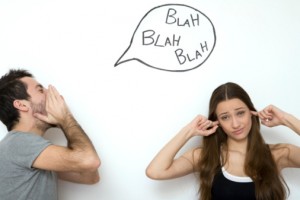 When I was a young newspaper writer, I was a copy editor’s worst nightmare. One particularly forgiving improver of words described my early writing style as “breezy,” which was a diplomatic way to say “I asked you for 700 words, and you puked up 1,400.”

As I progressed in the industry, I slowly found out that editors wanted shorter, tighter copy not just so it would fit in the allotted space in the print edition (remember those?), but so that it would be at least marginally readable.

It was my tremendously good fortune to work with one managing editor early on who realized that I, like many young journalists growing up in the Please Validate My Opinion Era, saw myself as the next great American columnist. If I wanted to write columns, my editor said, then Gene Weingarten was required reading. The Washington Post scribe’s weekly “Below the Beltway” column remains required reading for me to this day.

Sure, Weingarten’s wit could cut through a ’68 Buick. But that isn’t why he’s one of our most brilliant living columnists. He earns the distinction because of the depth of emotion he elicits in 500 words or less.

To put that number in perspective, Bill Simmons, before his unceremonious exit from ESPN, was regularly pumping out sports columns that topped 5,000 words. Full disclosure: I enjoyed Simmons pre-Weingarten. Post-Weingarten, Simmons’ writing suddenly seemed egotistical, lazy and inconsiderate. In an age when content is constantly vying for my attention, you really think I have 30 minutes to follow along as you opine on which NBA player has the highest trade value over the course of a two-part series?

To be fair, Simmons isn’t unpopular. He has a cult following, most of whom do in fact hang on every word he writes. To be even fairer, I was rarely able to turn in stories that were less than 700 words. But I found even if I was often unable to attain that level of brevity, the simple act of keeping that 500 number in the back of my mind made me a better writer.

I hope the research I’m about to cite does the same for you when it comes to creating brand messaging on Facebook. Here goes…

Not 40 words, 40 characters. That’s less than one-third the amount of space those windbags at Twitter give you.

That number comes from Buffer, which, in addition to marketing its own social media sharing platform, produces a significant amount of social research that is as backed in research as it is succinctly presented.

Both clients were adamant about tagging influencers and including as many targeted keywords as possible, so as to (among other things) capitalize on Facebook’s improving search functionality. It’s important to note those approaches aren’t ill-informed. In fact, they make sense in some cases. But if you get too wrapped up in the idea of including everything and tagging everyone in every post, you lose track of the way your audience is using the medium.

Intriguing as its new search functionality may be, Facebook continues to center around its Newsfeed from a user experience perspective. As your potential audience scrolls through their feeds, they will, far more often than not, skip past every post longer than one or two lines.

That being said, the 40-character Facebook post is equivalent to the 500-word Weingarten column; attaining that concision without sacrificing quality will be a true challenge for most of us mere mortals to consistently attain. But the closer you get, the better your messaging becomes.

Don’t believe me? Let the metrics do the talking.

Posts over 600 characters on the Facebook pages of those two aforementioned clients never reached more than 3 percent of their followers. Posts under 150 characters on both pages are now seeing engagement rates as between 12 and 36 percent.

And for anyone who may be counting, yes, this blog post is over 700 words. Somewhere my old editors are grimacing.