SXSW has begun again here in Austin and GFM is ready to bring everyone back in Denver the goods. This is Carissa’s first time at the festival and she jumped righ 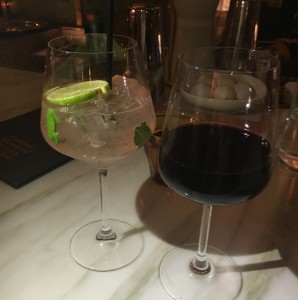 t in on our first day in Austin. We’ll recap Friday’s sessions a little later in the day, but for the time being, here’s a sampling of some of our favorite sights and sounds in Austin so far.

NomNom: It was a disorienting sight to see one of Jon’s favorite spot’s to find delicious food trucks in Austin had now been fully converted into a giant retail and mixed-use building. But our consternation was alleviated a bit when we dined at Central Standard, a delicious restaurant showcasing a giant wood-burning hearth that had us smelling like a fire pit by the time we left.

Libations: We arrived a bit early to dinner, so filled the time by sidling up at the bar for some bevvi’s while waiting on some friends to join. Jon ordered their house gin & tonic and was a little surprised to see a pink concoction arrive in a wine glass. Pinkies up! 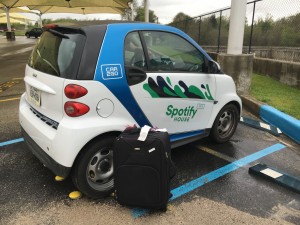 Grab Bag: Carissa had her first Car2Go experience, but both of us were relieved  when we arrived to the pick up location to find that we got there just in time to procure the last one. That could have been an interesting predicament…

Free Stuff Rules: Jon, ever the good samaritan, got a free drink before even leaving Denver when he chased down someone who had left their phone at an airport restaurant. The universe started early on the SXSW vibes.

Overheard: “What? Do you not spend $50 on energy drinks on a regular basis?” – Jon after a key Whole Foods run. 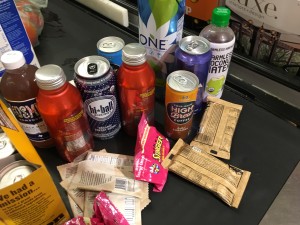 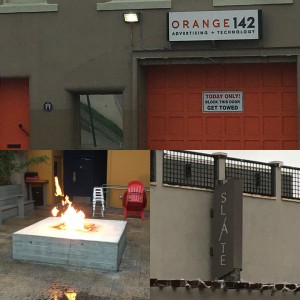 Number of Steps Taken: 10,406 – it helped that we walked to Whole Foods to load up on all the supplies.