It’s bright and early on day two of SXSWi, and we’re already in shock that day one has come and gone! Good news is that we took lots of pics and great notes, so we’ve captured all the highlights for you below…

NomNom: We decided to take a break from the hubbub of the center of town last night and cross the river to eat at Thai hotspot Sway. A highlight of the dinner for sure was the Nashi Pear Chicken. It was so good Jon even said he would have eaten the mushrooms (which he doesn’t like) because all the flavors were so amazing! Oh – and this Happy Buddha Beer came in a killer bottle. Hot tip, however, avoid the boar ribs… Sounded great, but tasted a little too much like – well – boar for us. 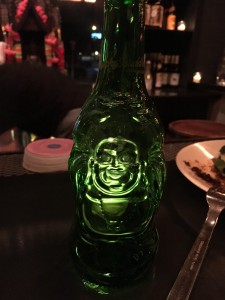 Libations: Meeting with vendors and technology providers is just a part of the package when working in marketing but, like most things at SXSW, this week those meetings can be just a bit more fun.  Take, for example, a product demo from Spredfast, which was spiced up (literally) with bloody mary’s made with Bloody Revolution local mixes and beers from Adelbert’s Brewery.

Grab Bag: Carissa attended one of the rare workshops that require an RSVP and multiple session blocks and was rewarded when the Tennessee-based presenters announced that they “brought a little piece of Chattanooga” with them and offered the audience whiskey and Moon Pie’s. Score! 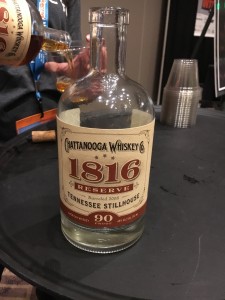 Overheard: “You don’t say jraphic so why would you say jif??” – random attendees when animatedly discussing the gif vs. jif debate at the Taco Shack breakfast taco morning ritual.

Free Stuff Rules: SXSW is as much, if not more, about the marketing activations then it is the sessions and it’s great when pop culture can work its way into those activations. The Star Wars TIE Fighter, Game of Thrones Hall of Faces and Mr. Robot exhibits all inject some necessary geeky cool into the proceedings. We’ve only seen one thus far – guesses which one this is? 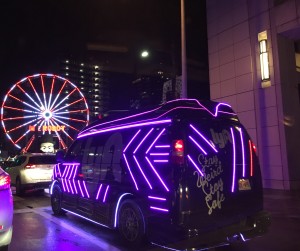 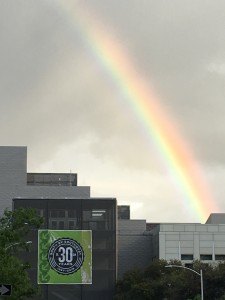 Number of Steps Taken: 8,955 each – most of the marketing sessions are in the Hilton this year which cuts down on the walking a bit. We’ll do better.

Caffeinated Beverages Consumed: Carissa: 2. Jon: 6. Jon is shooting for a new record of 8 today. Reach for the stars.