Whew – the time change is upon us and it’s going to be 80+ degrees in Austin today. The dial keeps turning up here at SXSWi, but we’re turning up right along with it and have a quick recap of what’s kept us going yesterday for your enjoyment!

NomNom: We can now confirm that fruit and sushi really is a match made in heaven… in fact, our favorite sushi roll at Piranha Killer Sushi last night was called Marry Me and featured shrimp tempura and ginger cream topped with avocado, tuna and strawberry. Seriously, Piranha Sushi, will you marry us? ‘Cause your food is delicious…

Libations: The Blackheart – located on Austin’s famous Rainey Street – advertises “we delight in sipping cold gin cocktails on hot front porches …” and while it wasn’t really hot (yet) we sure do like sipping cold gin cocktails so we were in! Along with a friend from Sukle, we kicked back some Moscow Mules and a Blackberry Bramble and enjoyed a nice, chill afternoon moment.

Grab Bag: We spent the afternoon with former GFMer, client, and Carissa’s cube-mate (while working in-house at said client…) Doug Thielen, who’s in town for SXSWi with the marketing team from his new team at REI. Fun reunion! We love that guy. 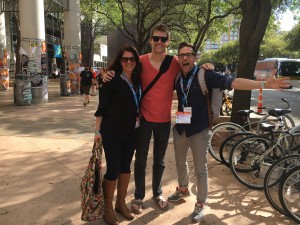 Overheard: “I’m a cyber officer so my job is policing all of these assholes.” – Random guy on Rainey Street

Celebrity-ish Sighting: No big celebrity sighting on Saturday but we feel like everyone guy sporting a man bun has to be some sort of celebrity, and we’ve seen 16 of those since we arrived in Austin! (Shout out to our friends and colleagues who have started helping us crowd-source this number!)

Free Stuff Rules: After meeting up with Doug and the REI team we joined them at the Twitter Clubhouse for some mingling and beverages. The activation featured a laser cutting station that allowed guests to get a notebook or phone charger laser etched with your Twitter handle. Super cool! 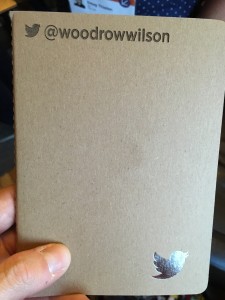 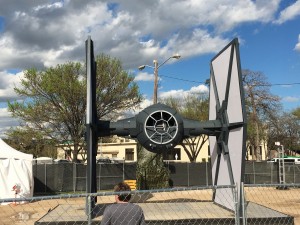 Hours of Sleep: Carissa: 7; Jon: 6 – the time change falling during SXSW is essentially the worst part about the festival.

Caffeinated Beverages Consumed: Carissa: 2. Jon: 3 – a slow day yesterday means that we have a lot of drinks to take down over the next few days. Jon is definitely up to the challenge, Carissa’s jitters after a post-2 p.m. coffee break yesterday suggests she’s going to need more caffeine intake mentoring from Jon.