Home > Blog > In the News > Forget News, Media Cares About The Digital Hits 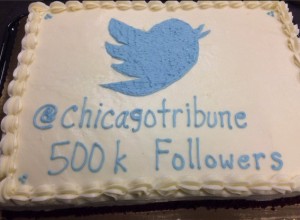 But last week there was a pretty blatant example of how desperately the media are pushing the digital angle. As reported by media blogger Jim Romenesko, the Louisville Courier-Journal recently started a contest among its reporters to push mobile and social media content.

It was set up similar to a March Madness bracket, and the reporter who gets the most hits, shares and follows over five weeks will win an Apple Watch.

Their tips for reporters include writing stories that people will want to share, updating past stories that did well on social media and writing social-friendly headlines. As a former journalist with nearly two decades in newsrooms, this competition for hits is discouraging to say the least. It ignores the fact that sometimes the most important stories aren’t ones that will go viral on social media. And more directly, journalists are being encouraged to write clever stories that are good for social media, regardless of their news value.

I understand that traditional media outlets are looking to the social and digital world to save their businesses, but journalism’s core values are being lost here.

When I was an editor at the Daily Camera and Rocky Mountain News, we used to see website traffic and social media engagement skyrocket every time we wrote about JonBenet Ramsey. But did it mean that we kept on writing about the case even if there was no new news? Typically, there here had to be a newsworthy reason for running an article about JonBenet or any other issue that went viral. In the years since, that rule is all but gone, just ask reporters – and the readers — of the Louisville Courier-Journal.