Why social coverage should be part of your broadcast pitch 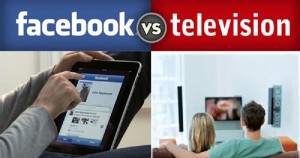 When I was working as a digital content manager in broadcast news, I sat next to the segment producer for our morning broadcasts. You could always tell when she was being pitched, because she would pick up the phone and recite the following:

It’s true, segment producers are busy. But so are PR pros. So when you’re utilizing precious hours to pitch broadcast news stations on behalf of a client, efficiency is everything.

That’s why I always wondered why our segment producer rarely (if ever) hung up the phone, turned to me and said “those guys want to know if they can also get some coverage on our social pages.”

If the pitch made sense for our platforms – and morning show pitches often did – I said yes. And here’s why that matters:

For the 2015-2016 ratings period, Nielsen estimated there were just over 1.5 million TV homes in the Denver market. So when a show gets a 0.6 rating – as was the case with our morning show at the time – that represents the percentage of those 1.5 million viewers the show has secured. So a 0.6 rating means there were an average of 9,000 households tuning in to our morning broadcasts.

But that doesn’t mean the segment you fought so hard to secure made it inside all 9,000 homes.

During this same period, our Facebook page had managed to amass a following of 225,000.

So on average, we could reasonably expect our posts to reach between 30,000 and 45,000 people locally. In other words, our social posts were reaching a local audience that was 3-5 times the size of our broadcast audience.

Armed with those numbers, we made a Facebook “Live” video segment a part of our pitch for a client who was particularly keen on securing broadcast coverage for an event earlier this year.

Not only did our client’s segment get 50,000 views, we didn’t have to go through a great deal of trouble to uncover that figure for our recap report. In fact, our clients were able to pull out their phones and watch their viewer count balloon in real-time right below the video player.