Home > Blog > In the News > PR Complaints About Journalists 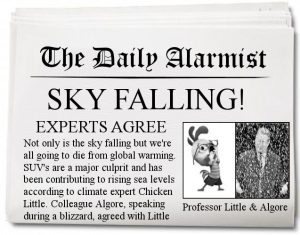 Media complaints about public relations pros are well known: too many lame pitches, misleading pitches, ill-timed pitches and incessant follow-ups.   But it’s a two-way street.  PR folks can be just as frustrated with with the media. Digiday offers some pet peeves that agencies have with the media. I can attest that all of them are based in some reality. Here are some of the highlights submitted by PR firms to Digiday, along with some personal experiences:

Not owning up to mistakes
“Refusing to correct a clear error. A reporter for a national newspaper wrote a story that he’s acknowledged was based on a false, anonymous tip, but despite his acknowledgement that the story is entirely false, he’s refused to run a correction.”

Fishing for clickbait
This is getting worse. It basically entails running a one-sided story or asking a provocative question in a survey, just to boost clicks on websites or social media.

Spelling errors
Most outlets don’t have copy desks, and it shows. Reporters need to have their work carefully proofed; not just write a story and post it as quickly as possible.

The agenda
“When a reporter comes to you with a point of view and a story mostly written, he or she just wants a quote to back up the agenda/angle.” In some cases, he/she just wants a written statement that can be edited down to one sentence.

The last-minute call
We’ve all experienced this. A reporter works on a story all week and saves a phone call to seek comment from your client until 3 p.m. on Friday (and it’s usually before a long weekend).

Wasting our time
“What’s great is when I get a senior executive to free up 30 minutes in a busy day to talk to you, on the record, a conversation which then goes 40 minutes and the result is a throw-away line or worse, no quote at all. Yeah, that’s awesome, let’s do that again.”

The mystery of the killed story
“I can’t stand when stories get killed and there’s no reason given (or you never hear back from the reporter after the interview was conducted). As publicists we understand that these things happen, but it would be helpful to get a response so we can report back internally.”

I know personally how the media has changed, and the remaining journalists are “doing more with less.” Their jobs are more difficult, so while the issues above are frustrating, we still should have a modicum of empathy.