My Friend Just Lost his Battle Against Mental Illness; We Need to Talk About it

Home > Blog > Health & Wellness > My Friend Just Lost his Battle Against Mental Illness; We Need to Talk About it 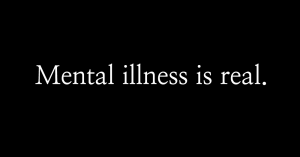 My September began pretty typically, with a host of meetings with companies preparing their 2017 budgets. This year, one of them stood out.

I had just reconnected with an old friend from high school, and he and I sat down to talk about the important work he was doing with a Colorado-based nonprofit. He was anxious to find out if our team at GroundFloor Media and CenterTable might be able to amplify his team’s efforts.

The meeting went well, and we were in the process of scheduling a follow-up to get leaders from both our teams in the same room. Then the emails and phone calls stopped. Earlier this week, I found out that my friend had tragically lost his life.

I didn’t know this young man nearly as well as others. And as my social newsfeeds overflowed with messages mourning his passing, I quickly realized I wouldn’t be able to eulogize him as beautifully or as fittingly. I wondered if I should say anything at all.

It was our final chat that ultimately empowered me to write this message.

My friend suffered from a clinically diagnosed mental illness. That wasn’t a secret amongst the people close to him — it wasn’t even a secret among many of his passing acquaintances. In fact, he brought up his mental illness in our new business meeting. I was so heartened by his ability and willingness to recount his day-to-day struggles. As the son of a counselor, the husband of a psychologist and a member of a family with a history of mental health issues, I imagine I’m one of few folks for whom mental illness and the stigma associated with it are regular topics of dinner discussion.

But my talks tend to be clinical and hypothetical in nature. That this young man had the strength to eloquently provide a first-person account of his illness as well as the capacity to consider my own spectrum of experience with it was honestly inspiring.

That someone with this level of strength could lose his life battling mental illness is why I now feel compelled to follow his lead and continue our discussion — one that was cut far too short.

Mental illness is real. It’s a chemical imbalance in the brain that frequently befuddles medical doctors, and it can easily and quickly become as physically devastating as cancer.

When someone we know loses a battle to cancer, we have no problem talking about the disease. We talk about how strongly he or she fought it, and about how we need to do more to research, understand and combat it. As communicators, we cover the social media feeds we manage so thoroughly in pink each October that I no longer have to explain what that color signifies.

Like cancer, mental illness is a disease that requires the attention of people who are trained to treat it. And even then, there’s still a chance that people as strong and aware as my friend, who sought and received treatment just days before he drew his final breath, can lose these fights.

So in the wake of another tragic loss to mental illness, I’d like to try and harness the strength my friend showed me by continuing to talk about it — not just in this space but beyond. I feel privileged to be working with a company that feels the same way.

Today, applications are due for our Get Grounded Foundation grants. These grants are provided to nonprofits that directly support the healthy development of at-risk youth in the Denver Metro area, with one of our areas of emphasis being mental health. If you or someone you know is involved with such a nonprofit, please consider applying.

But more importantly, talk to your friends and loved ones about mental illness. The conversation won’t be easy, but it may just be the best way to begin honoring those we’ve lost to this disease. 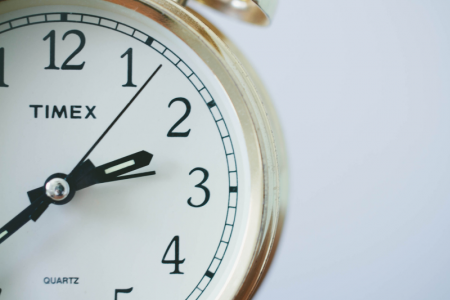