Journalism and a Trump White House: What are the PR Takeaways?

Home > Blog > In the News > Journalism and a Trump White House: What are the PR Takeaways? 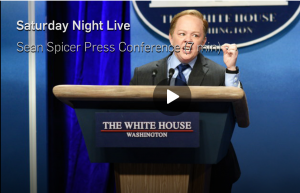 No matter what side of the aisle your political beliefs fall, it’s hard not to watch the very public antagonistic relationship President Trump and his administration are having with the media.

While President Obama had his fair share of scuffles with the media, they didn’t get the kind of attention President Trump’s school-yard battles are getting now. After several decades during which the media has lost trust, credibility and interest among Americans, will the new President bring back the Fourth Estate to its former glory?

I recently came across a Politico article titled: Trump Is Making Journalism Great Again. According to the article, there’s always been a quid pro quo in Washington, where journalists groom sources, but sources also groom journalists. “There’s nothing inherently unethical about the back-scratching. When a reporter calls an administration source to confirm an embarrassing item, the source may agree to confirm as long as the reporter at the very least agrees to listen sympathetically to the administration’s context.”

That is now changing as the administration is playing favorites, and the media is circumventing traditional sources.

Regardless of what happens in Washington with President Trump and the media, are there lessons that public relations professionals can learn and share with their clients about working with the media?

From a PR perspective, the rules haven’t changed for how communications professionals should interact with reporters.

President Trump and his team must find ways to work with the media, and vice versa. The U.S. Press Corps recently published an open letter to President Trump right before his inauguration. What are your thoughts on the letter?