If you were suffering from a major case of FOMO (Fear Of Missing Out) about SXSWi, you were not alone! That’s why Jim and Carissa made it a priority to chronicle their entire week in Austin – including everything from the best sessions all the way down to the best libations – on the GroundFloor Media & CenterTable blog! Check it out!

SXSWi: Preview
They kicked things off with their SXSWi preview post where they also linked their personal Twitter and Instagram handles, as well as the CenterTable Snapchat account for real-time updates. Check them each out for even more of the nitty gritty details of SXSWi 2017!

Day 1 SXSWi: Friday
Broader SXSWi themes, such as leadership in times of adversity, using the technologies we have at our fingertips to solve everyday problems and the rise of chatbots, began to emerge even on the first day and Jim and Carissa wasted no time getting their hands on some Texas BBQ.

Day 2 SXSWi: Saturday
Discover why Tastemade will shoot six different videos of the same topic for six different platforms and see how a popular TV show is using Facebook Live to connect “off platform” with its audience. Despite the downpour on day two, Jim and Carissa still sniffed out some awesome food and beverages along the way. And they even scored some free socks to boot!

Day 3 SXSWi: Sunday
As if the lack of sleep wasn’t making it hard enough for them to get out of bed on day three, that pesky time change fell into the mix too. Impressively, Jim and Carissa still managed to take in some awesome sessions on “smart cities,” connecting offline and sonic identify from top brands like Car2Go, Adidas, Facebook, and Ebay. And kudos to the speaker that was handing out free beer during one of the sessions – you have our attention!

Day 4 SXSWi: Monday
The sun was shining on day four and so was this quote from a leadership session with author Reshan Richards, “Once you’ve become more efficient and find yourself with an extra 30 minutes or hour in your day, be intentional about how you fill that time. Don’t cram it with busy work. Rather, spend it on something you’d hoped to do from an aspirational standpoint.” Of course, that booth with free puppy cuddles didn’t hurt anything.

Day 5 SXSWi: Tuesday
The final day brought Donny Osmond to the stage to share his “15,000-Year-Old Marketing Strategy: Why It Works” and a panel of National Geographic Explorers who shared that, “We’re all in this together, seeking to make our world a better place, and it’s amazing what technology can do to bring us together and get things done.” Now that’s one sentiment that embodies the entire SXSWi conference.

SXSWi Denver Download
If Jim and Carissa’s play-by-play piqued your interest and you’d like to hear more, be sure to save the date for our SXSWi Denver Download on April 19th. We’ll be brining a panel of clients, partners and friends together who were all down in Austin to bring a slice of South By back to Denver. Keep an eye on your inbox for the official invite later this month…

Other News On the Blog: 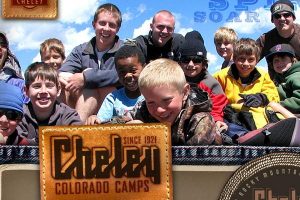 If you don’t know what Amino, Twitch and TikTok are, you’re clearly not a VSCO … Read More >