The Art of an Apology Tested in the Past Week 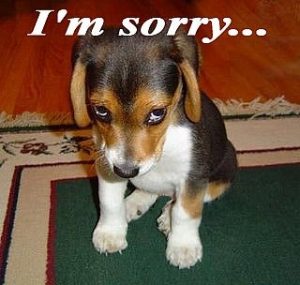 Without getting into the merits of each crisis communication instance, since we have already worn a path around the water cooler, in general there are some best practices to make an effective apology that will at least take a bit of the sting out of a negative situation.

Immediacy: When something goes wrong and your reputation is at stake, the sooner you apologize, the better. This can be difficult, without knowing all the facts and when dealing with legal issues. But, an immediate apology that expresses remorse, admits responsibility, makes amends and promises that it won’t happen again should still feel real without having completed a full investigation.

Keep it simple: The apology should fully and simply explain the issue, and apologize for it happening. Sometimes the best apology is two sentences long, acknowledging the issue and promising to make changes. It took United Airlines three times to get this right.

Human approach: The apology should be written in the first-person and signed by a living, breathing human –  not simply a comment from a faceless corporate entity.

Follow up: Once more information is gathered, follow up with a point-by-point accounting of what you are doing to make sure this type of issue won’t happen again, listing two or three key changes. Again, the sooner the better.

Don’t blame the victim: Regardless of the circumstances, stay compassionate and view the issue through the eyes of the victim, customers or the general public. And if you can’t do this, solicit advice from outsiders on how your apology sounds or what type of emotion it elicits