Big or Small Some Digital Strategies Can Work For All

Just because you’re not an Olympic weight lifter, doesn’t mean you can’t still pick up a five pound weight a few times and benefit from it. Similarly, brands who aren’t necessarily multinational behemoths can still learn lessons from those who are. That’s why it’s worth keeping an eye on what works and what doesn’t – RIP Yik Yak – in the digital space.

The Guardian: That Heineken ad: brewer tackles how to talk to your political opposite
A Heineken UK ad has been getting a lot of attention for the way it brought people of differing social and political opinions together over a beer. This is part of a broader trend that’s likely to stay for a while – brands connecting with customers over deeper topics. Your budget might not equal Heineken’s but you can still use the basic content strategy of making your audience feel something by telling compelling stories.

Recode: Pinterest is killing off its ‘Like’ button and wants you to know it’s different from Facebook and Instagram
Pinterest doesn’t want you to call them a social network. To prove the point they recently removed their like button. Supposedly they are focused on the real world, though we’ve attempted to replicate enough Pins that ended as #PinterestFails to know better. It will be interesting to see if this move shifts user likes to something more beneficial to brands like link clicks or content saves.

Digital Trends: So long, gossip trolls — Yik Yak announces it is shutting down
If you were concerned about whether you needed to be on Yik Yak, a messaging app that lets you talk to people in a 5 mile radius, no worries. They’ve answered that question for you by closing down. While this platform might not have been widely adopted by advertisers and marketers, it’s a good reminder to keep your digital strategies nimble because any social platform can disappear or change significantly seemingly overnight.

Other News on the Blog

Branding & Loyalty: What Are Micro-Moments? – The traditional consumer journey is transitioning from the methodical steps of a funnel to micro-moments. 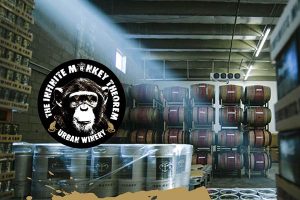 The Infinite Monkey Theorem | Infographic – CenterTable crafted a graphic that combines key moments that tell the company’s unique story in a lively, on-brand and highly visual way, resulting in a cool, descriptive brand storyline that sets them apart from other wineries and beverage companies.