Snapchat’s growth has finally slowed and Instagram continues to add features that mimic some of the platform’s most engaging features. But a huge opportunity still exists for marketers willing to create the right kind of content. Snapchat isn’t right for every brand, but if your audience includes anyone under the age of forty you’re missing out on reaching a significant percentage of them on this platform.

Mashable: Snapchat’s new ‘limitless’ snaps will change everything
Instagram and Facebook (among others) have made a living (well, an even better living) ripping off Snapchat, so it only makes sense that Snapchat should attempt to improve on Boomerang, a looping video feature on Instagram. An update to Snapchat released this week brings those looping videos along with “limitless” snaps, emoji doodling and a “magic eraser” tool to the app. The “play forever” option for videos creates a tool very similar to Instagram’s Boomerangs and shows Snapchat isn’t going to take the copycatting lying down.

Adweek: These 4 Stats Show Why Snapchat Users Often Cannot Be Reached on Facebook and YouTube
Why is it important that you’re familiar with the tools and new ways of creating Snapchat content mentioned above? Because even though Instagram and Facebook have a higher number of daily active users, Snapchat still has an audience that often can’t be reached anywhere else.

Marketing Land: How Facebook is using AI to penalize spammy, ad-heavy websites in its News Feed
Are you using Facebook to drive users to web pages with little to no content or third-party websites that feature a high number of “spammy” ads? You’ll want to think twice about that in the future thanks to a Facebook update coming in the next few months.

Fast Company: Now Marketers Can Actually Read Your Photos On Instagram And Facebook
Imagine being able to target customers based not on the words they search for or the copy on a website but by something in an image they post? Image recognition technology has come a long way and is now ready for primetime. Under Armour and Nike are targeting people who are posting specific models of their running shoes and their competitors’ running shoes as well as photos that featured running bibs, belts, and other accessories. If Under Armour identified you posting one of these images, you would be served up a short video ad after leaving Instagram or Facebook. This tech will be available widely soon, so now’s the time to begin making a plan. 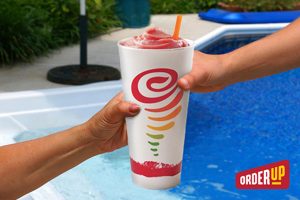 OrderUp | Using Social Content to Drive Demand Among Consumers – With a mix of conversion and awareness campaigns, OrderUp saw significant month-over-month order increases and was able to leverage the increased sales with existing restaurants on the platform to recruit new restaurant clients.