Lenses are the New Cool Kid on the Block

Both Snapchat and Pinterest announced new “lenses” in the past week, aimed at improving user experience and engagement. First reactions – both concepts are very impressive. We also highlight the flip side of the coin with brands – how much is too much with creative campaigns, to the point that it turns off audiences? To be sure, we’re walking a fine line in marketing and communications.

Wall Street Journal: The Danger of Assertive Advertising
A new study tells us that consumers are turned off when being told what to do. In fact, one aspect of the study resulted in consumers spending only half as much as a result of more assertive ads. Much like our audience-first approach at CenterTable, it’s a case in point that knowing your audience (how they behave, what they expect and what they want) is always the first strategic step in any marketing communications campaign.

The Drum: Warner Bros Signs Up as First Advertiser for Snapchat’s Sponsored World Lenses
Snapchat has always been an innovator when it comes to creative features – disappearing photos, stories, filters – and now they’re incorporating augmented reality into their advertising offerings. World Lenses are floating 2D or 3D objects that offer yet another way for users to customize and interact with Snaps. Stay tuned for how much audiences engage on the advertising side, but if the examples in this article are any indication, at the very least they have a “wow” factor.

MarketingLand: Pinterest Will Use Image Recognition to Target Ads, Including Lens Results
Last year Pinterest began using image recognition technology to suggest related pins for users. Now they’ve upped their game by using their “Lens” technology, providing even more relevant pins (and eventually ads). In their words, “When a potential customer spots a table they like the looks of on Pinterest, visual discovery helps us recognize the style, textures and shapes that make it unique. We can identify it as a ‘rectangular, mid-century modern dining table,’ and show similar products that match the look and feel.”

DigiDay: Confessions of a Social Media Editor: “I’m Not Confident This Will be a Real Field Five Years From Now.”
Misery loves company, and sometimes it’s nice to hear that others in our field experience the same headaches as we do. While the headline is a bit misleading (social media editors are not going away, but the position will likely continue to shift along with user behavior), it’s somewhat therapeutic (and definitely interesting) to hear what another social media manager has to deal with daily, how they manage their own social presence, and where they see our industry moving in the future.

How to Break a World Record
It’s not every day that you get to break a Guinness World Record, but last month, along with our clients at Illuminate Colorado, we did just that. Here’s what we learned.

Creativity, Strategy Top Reasons Companies Work with PR Firms
A new Global Communications Report is out, and it’s a good reminder for all of us to step back from the tactical and spend more time on creativity and strategy. 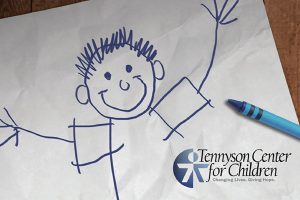 Tennyson Center for Children | Maximizing Year-End Giving Through Social Media Advertising
Tennyson Center for Children (TCC) was approaching the holiday/year-end giving season, a critical fundraising and extremely competitive time for non-profits. TCC and GFM had partnered on a Facebook campaign in 2014 that led to increased engagement and donations. TCC sought to build upon that with CenterTable in 2015.