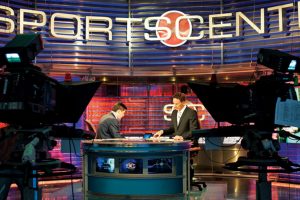 Communications professionals have long accepted the shrinking news hole and the impact it has had on how we share news and information about our clients.

Newsrooms are much smaller; TV reporters shoot their own stories and regularly report using Facebook Live. Newspapers are a fraction of the size and print reporters are covering more beats and are expected to produce many more stories each day for their online and social media channels.

It took some time, but now the cable sports world is feeling the same pain. According to Sports Illustrated, ESPN, which had roughly 100 million U.S. households paying for cable in 2012, recently laid off more than 100 journalists, including some well-known, on-air talent. A hundred journalists may not sound like a lot, but that’s on top 300 in 2015, and ESPN is now in 12 million fewer U.S. homes.

This doesn’t have anything to do with Americans’ declining interest in sports; rather, it’s the switch from how people consume television. With more of a demand for a la carte digital programming, where customers only pay for what they want, this will further diminish ESPN’s juggernaut on broadcasting sports.

Professional sports leagues like the NFL are now looking to new partners like Amazon, Twitter and Verizon, all of which have made deals with the NFL to stream football games. Amazon paid $50 million for streaming rights to 10 Thursday night NFL games for the upcoming season. Apparently Facebook and YouTube also bid on the package.

A quick poll of my GroundFloor Media (GFM) colleagues is a reflection of the nationwide shift from traditional cable and satellite viewing to digital viewing. Seventy-two percent of GFMers still subscribe to cable or satellite TV, while 28 percent do not. I asked one of the non-subscribers, a big Colorado sports fan, how he watches live sports. He said he pays $30 a month for PlayStation Vue, which allows him to stream 80 channels via the internet.

And as you would expect in the world of sports where sportscasters love to endlessly pontificate about the outcome of a game or event, Sports Illustrated further covered the ESPN story: Media Circus: Looking at the aftermath and impact of ESPN’s layoffs.