This Week in Social Media: Emotions, Emoji and Bitmoji

It turns out that Instagram might not be the best social media option if you’re looking for a pick-me-up. According to a survey of 1,500 teens and young adults in the U.K., Instagram is associated with the highest levels of anxiety, depression, bullying and FOMO (“fear of missing out”). Though it has its benefits, like self-expression and community building, Instagram users also reported feelings of inadequacy and negative body image. More reason to only follow dog accounts!

Time: Why Instagram Is the Worst Social Media for Mental Health
Though all five of the social networks (name them here) surveyed received negative marks for sleep quality, YouTube was the only one to have a positive net score for health and well-being.

The Verge: New emoji tool lets you know when your favorite symbol is no longer cool
Are you using the “thumbs up” too much? Is the “shrug” the next big thing? Now you can easily find out via Emojipedia’s new tool.

The Verge: Snapchat is replacing Snapcode pictures with Bitmoji, and people aren’t happy
It will be interesting to see if Snapchat holds strong with its attempt to further integrate Bitmoji into the app, given the amount of backlash from users. One common problem is that users are now having trouble identifying friends because of the generalized features of the cartoons.

Entrepreneur: The Founder of LinkedIn Says Too Many of Us Are Using the Site All Wrong
There has long been confusion over how to properly use LinkedIn. Some people sling friend requests with reckless abandon, while others only connect with people they know personally. According to LinkedIn founder, Reid Hoffman, the “right” way to grow your network is somewhere in between.

The Verge: Facebook reportedly orders original video shows from BuzzFeed and Vox
Buzzfeed and Vox have reportedly signed on to create original content for Facebook, which looks like another way for the company to create advertising revenue. 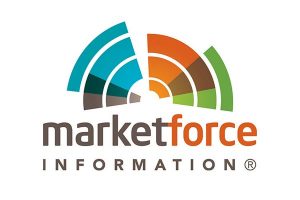