What is COVFEFE? Potentially an Amendment to the Presidential Records Act

Home > Blog > Social Media > What is COVFEFE? Potentially an Amendment to the Presidential Records Act

The internet went into a flurry after Donald Trump’s Twitter typo, trying to decipher what exactly he was trying to say. As expected, memes erupted instantly. Now, however, the word might actually have a meaning. On June 12, Rep. Mike Quigley (D. Illinois) introduced a proposal that would amend the current Presidential Records Act to make it illegal for the president to delete social media posts. The proposal’s full name is the Communications Over Various Feeds Electronically for Engagement (COVFEFE) Act.

Digital Trends: Instagram’s Biggest Users Don’t Properly Label Sponsored Posts, Study Shows
The Federal Trade Commission says that whenever a post by an influencer is the result of a promotion or payment, the post has to be clearly labeled as an advertisement. However, an analysis of the top 50 most followed accounts showed that only 7 percent of sponsored posts were labeled appropriately.

Social Media Today: Summertime Stats for Social Media Marketers [Infographic]
With schools out and temperatures heating up, summer is officially under way, and Strike Social put together an infographic that highlights key stats for social advertisers to keep in mind.

Digital Trends: Nearly a Third Use Smartphones and Tablets for Creative Projects, Study Shows
Although computers are still preferred for most creative projects, a new study shows that an increasing number of creatives are using smartphones and tablets to execute creative campaigns, especially when it comes to photography and video.

NPR: Meet Binky, The Social Media App Where Nothing Matters
The app’s creator came up with the idea after realizing he had no recollection of anything he looked at while scrolling through his Facebook feed. 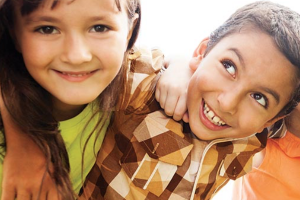 Havern School | Website Design, Development & Search Engine Optimization – Havern wanted to create a new website to improve both the user experience and search engine rankings to increase visits to the website and ultimately drive more student admissions. Within just three short months following the launch, the Havern website dramatically improved its search engine rankings and achieved higher rankings than its competitors on targeted keyword terms. Havern also saw an increase in traffic and engagement on the website and received an increased number of inquiries and student enrollments through the website.