It’s not exactly breaking news, but it was a big week for video across all digital channels. So much so that we better jump right to it!

TechCrunch: Time Warner will spend $100M on Snapchat original shows and ads
Your video is too long. That’s a common refrain from marketers to brands these days, and Time Warner may be buying in. The cable juggernaut struck a deal with Snapchat this week to produce a gaggle of 3-5 minutes shows in vertical video format that will span genres, including scripted drama, daily news shows, documentaries and comedy.

CNBC: YouTube claims 1.5 billion monthly users as it races to boost video-ad business
Kids no longer ask their parents if they can go watch TV; they now ask if they can go watch YouTube. Don’t believe it? Take a look at YouTube’s most recent metrics report, which claims that their active users — a group that has climbed to 1.5 billion a month – spend over an hour a day watching YouTube content on their mobile devices.

Reuters: Twitter creates revenue sharing model for streaming video broadcasters
Eager to compete with YouTube in the battle for internet stars, Twitter will begin paying top-level broadcasters who utilize its live streaming Periscope service. Audiences will be able to send broadcasters they like a gratuity using a variety of heart shapes that are, in effect, a virtual currency.

Digital Trends: Instagram live videos can now be saved for 24 hours
Instagram announced it this week it will give users the option to allow their live broadcasts to remain on Stories pages for up to 24 hours. While Snapchat’s rapid growth is often tied to its disappearing videos that protect user privacy, Instagram’s antithetical video play seems to be an effort to capitalize on another digital phenomenon: FOMO (i.e. fear of missing out).

eMarketer: Social video spends increasing, and Facebook is a top choice
While video advertising spending is increasing across all digital platforms, a new survey found that more than two-thirds of U.S. marketers (67 percent) are now running ads on Facebook. By comparison, more than half (51 percent) are running video ads on YouTube, with 25 percent running similar ads on Twitter and Instagram, respectively. 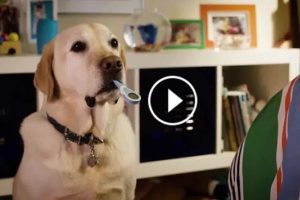 Speaking of video, it’s one of the many services we offer here at CenterTable. We recently worked with SCL Health to refine and optimize a video series for use as part of an ad campaign on Facebook and YouTube that drove a significant amount of Doctor on Demand app installs and outperformed expectations for the 24- to 34-year-old demographic.