New Features for Your Fourth of July Week

It seems you can’t even take a couple of days off to celebrate America’s independence without missing new updates to nearly every social media platform. When Instagram zigs, Snapchat seems to zag – the latest in big updates to each platform are listed in this week’s reads below.

CNBC: Snap Now Lets Users Add Links to Snaps
It’s been a long time coming, but Snapchat users can now add links to their snaps via the new feature they’re calling “Paperclip.” The feature moves Snapchat ahead of rival Instagram when it comes to flexibility in driving traffic to outside sources, which of course has a ton of traffic/conversion potential.

Mashable: One Small Change to Instagram Stories Could Be a Pretty Big Deal
Not to be outdone by Snapchat, Instagram continues to push forward with its own “disappearing photos” feature. Now we all have the ability to respond to posts in Stories with our own disappearing photos and videos.

Case Studies: One case study from Highsnobiety and one from Thought Catalog
It’s always helpful to look in on how different brands are finding success on social networks. This week, DigiDay brought us great examples of how Thought Catalog is using Instagram to drive e-commerce and how Highsnobiety taps into a team of 10 people to produce consistently engaging video content.

MediaPost: Facebook Bows Video, Targeting, Reporting Tools to Boost Mobile Shopping
It wouldn’t be the week of the Fourth of July without a little holiday shopping talk, right? Facebook is getting way out in front of the holiday shopping season by rolling out some new mobile shopping features aimed at more effectively capturing the mobile market, which grew 56 percent year-over-year from 2015 to 2016.

Advertising Age: Brands Worry Twitter Underestimates Its Bot Problem
First it was Facebook’s inflated video metrics, and now brand managers are concerned about the authenticity of Twitter followers. Studies have shown anywhere from 10 to as much as 40 percent of brand audiences are bots – or “fake” accounts. And while Twitter is working to find accurate numbers for its users, brands are scrambling to generate their own statistics and metrics. 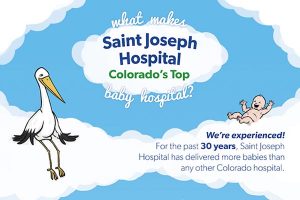