And the proof is in the ratings. A recent Poynter Institute analysis finds that Americans overwhelmingly view local TV news rather than their cable TV counterparts. Media writer James Warren used Chicago as a benchmark and found:

“The power and potency of local news endures, perhaps all the more so in a fragmented digital age. It’s a reality generally missed by media reporters.” 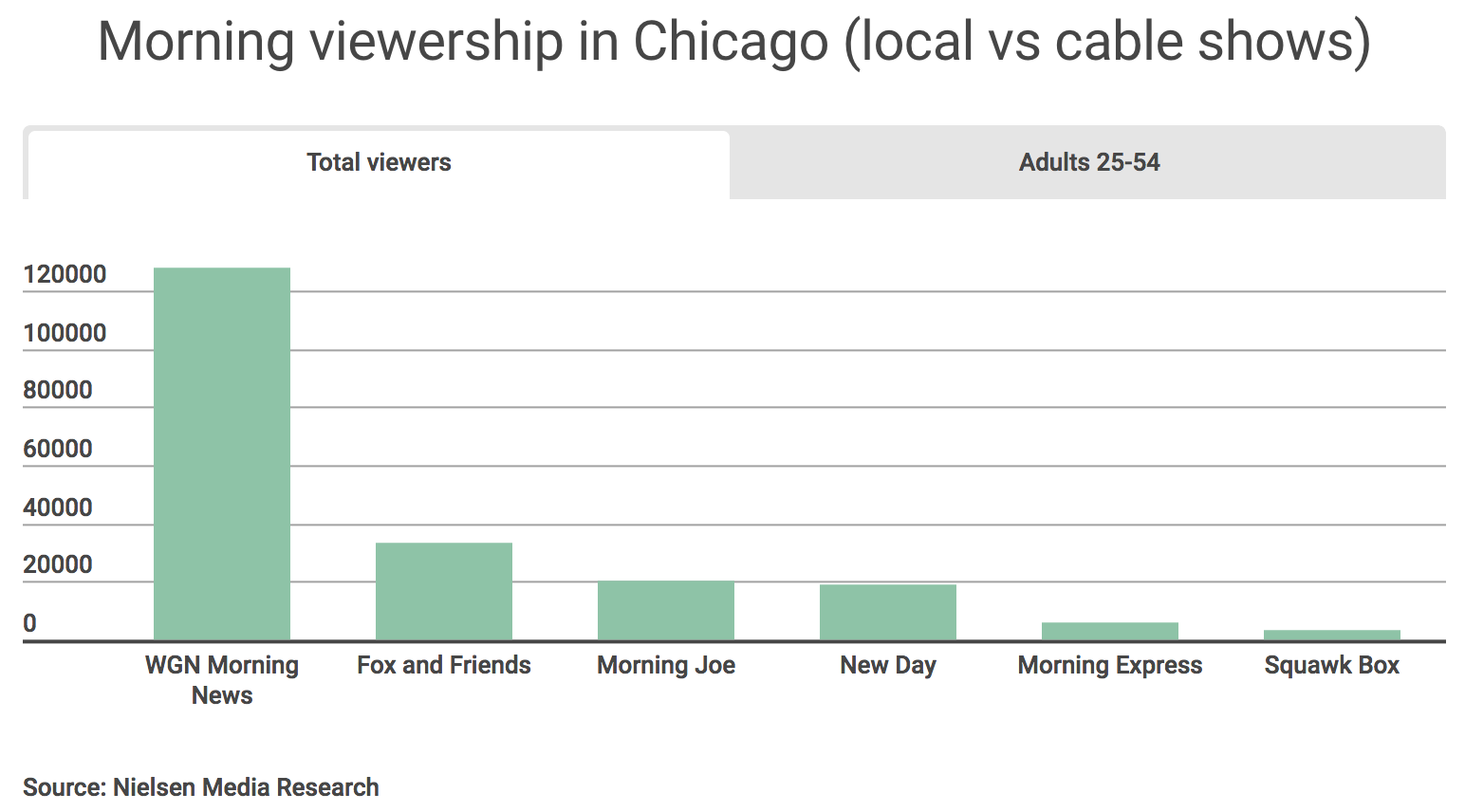 The general public’s reaction to media is analogous to how they perceive politicians. We all hate “Congress,” but we choose to continue to re-elect our own congressional representatives because we believe that our local representatives are somehow different. And that is the power of local.