The Eclipse, Video and Snapchat News

Is video eclipsing all other forms of content? All puns aside, social platforms’ focus continues to land squarely on video content, as showcased from a couple of our articles this week. Additionally, news outlets are continuing to pour resources and efforts into shorter, bite-sized newscasts on Snapchat with both NBC and CNN making big moves on that platform.

eMarketer: How Social Platforms Are Using Video to Capture Audience Attention
We’ve been hearing more and more about the prominence of digital video (and in case you missed it, CenterTable had some pretty big news in that world earlier this month!), and this article outlines how social platforms are continuing to look for ways to get a larger piece of the overall “digital video pie.”

The Drum: LinkedIn Rolls Out Native Video Sharing
As of this week we (individuals) can also now upload video directly to LinkedIn (along with some enhanced and improved analytics). A small but mighty shift on the professional networking platform that continues to emphasizes the importance of video in your marketing mix.

Creativity Online: Corona Teaches You How to Turn a 12-Pack Box Into an Eclipse Viewer
ICYMI (who are we kidding… no one missed the eclipse) – there was a rare solar eclipse this week, and brands were getting in on the action. We particularly liked this simple, but creative video from Corona as an example of a brand finding a fun way to get in on the talk of the day.

The Drum: Solar Eclipse Hits US: Brands Are Having Fun with it
We often poke fun of “news jacking” around the office – brands who put forth a half-creative effort at making themselves relevant to the news of the day. This article has no shortage of those examples (if you have a round product, you can apparently join the #EclipseMarketing efforts), but they are also examples of fairly simple ways to create some timely content that fits with what everyone was talking about on that particular day – some more creative/funny than others.

TechCrunch: NBC’s Snapchat News Show Gains 29+ Million Viewers in its First Month
NBC’s newest “mobile first” broadcast on Snapchat is grabbing eyeballs. The comparison isn’t completely apples to apples since Snapchat counts an “open” as a view, but the first month of the program has netted three times as many daily views as “NBC Nightly News with Lester Holt.” The question moving forward is this: How does the network monetize this format and continue its early success?

ReCode: CNN is Ditching its Snapchat Discover Magazine in Favor of a Daily Snapchat News Show
NBC isn’t the only one working to get in on the Snapchat News game – CNN is moving its Snapchat focus from Discover to a daily Snapchat show, much like NBC is already testing. Both companies (Time Warner and NBC Universal) have made significant investments ($600 million between the two of them) in Snapchat. Time will tell if the investment pays off by getting younger people to tune in to a new format of news.

On the GFM Blog

Who Moved My Keywords?
Our resident SEO expert looks at the new Google AdWords platform, and how she somehow likes change…this time.

What Words and Phrases Can We Eliminate from Our Writing?
Those of us who have been around for a while recall the days of AP Stylebook tests – but even today we stand to gain from lessons in brevity and concise writing. Particularly in our 140 character world. 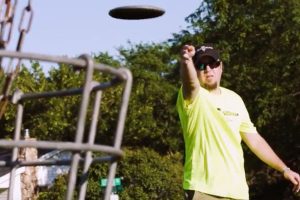