Disasters in the Digital Age

It’s hard to believe that when Hurricane Katrina hit New Orleans in 2005 we were living in a T9-texting world without smartphones, Twitter and Instagram, and only college students could use Facebook. Since then, we’ve learned to harness technology and social media to respond to breaking news, including natural disasters. We can declare ourselves safe on Facebook, act as amateur photo journalists on Instagram and donate to charity efforts via Twitter. Hurricanes Harvey and Irma reveal that while Americans continue to demonstrate resolve and resourcefulness, the tools we use to react to natural disasters have changed.

Social Media Today: How to Use Social Media to Stay in Touch Before, During, and After a Disaster
We’re usually explaining why social media is essential to bolster marketing campaigns, but in times of crisis it’s a necessary form of communication. Be sure you are prepared by ensuring you follow key accounts on social and have a game plan, just in case.

Digital Trends: Twitter’s New Night Mode for Desktop Eases Eye Strain for Night Owls
Checking your Twitter feed at night will now be easier on your eyes, even on a desktop. The change comes after weeks of testing, to the delight of night owls everywhere! 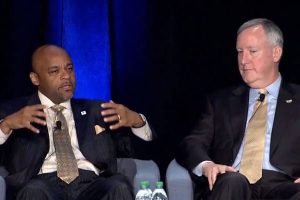