What Communicators Can Learn from the White House Press Secretary 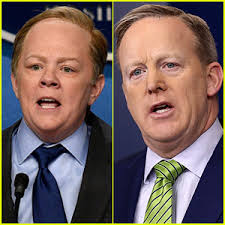 As communicators, it’s hard not to have an admiration for one of the toughest PR jobs on earth: The White House Press Secretary. Watching the current White House Press Secretary, Sarah Huckabee Sanders, bob and weave on a daily basis, got me thinking about this challenging role and one of the most famous press secretaries, C.J. Cregg of the West Wing (I know it was a TV show, but who didn’t love watching her in action?).

It has to be one of the toughest, most stressful communications jobs as every day is a crisis of some sort. According to the International Business Times, the average White House spokesperson stays in the job for two and a half years. President Trump’s first press secretary, Sean Spicer, made infamous on Saturday Night Live, lasted just 182 days.

The following account by President Clinton’s Press Secretary, Mike McCurry, describes what it was like to be in this role. “Each day the hand–to–hand combat between the press office and the press corps starts with the ‘gaggle’ as in a gaggle of squawking geese. Reporters gathered around my desk and I ran through the president’s schedule, took their temperature, tried to figure out if our plan for the day would work, reacted to any major breaking developments, and got a sense of what the press would be chasing that day.” Of course, Mike McCurry’s tenure was well before social media, and he was also the person, regrettably he admits, that began televising press briefings. Now, of course, live press briefings are carried through every media outlets’ social media platforms. The White House posts a daily schedule of live events, including the press briefings and transcripts of the briefings afterwards.

Are there lessons to be learned from the current and former White House Press Secretaries for how to effectively work with the media? Of course, following are just a few: