I’m a home-brewer and Certified Cicerone®, so when I first started at GFM I hosted a beer and cheese pairing to help break the ice between with my new co-workers. Everyone enjoyed it so much that I began hosting weekly beer tastings that highlighted different beer styles. It has been almost four years since our very first Beer Club, and we’re still having fun with it, as evidenced by our Outside Magazine write-up for this year’s “100 Best Places to Work.” Beer Club has morphed into a time where we all can take a breather and just enjoy each other’s company. It’s also a time for us to socialize with clients away from the usual confines of a business meeting. Everyone is invited to Beer Club, so the next time you are free at 3:30pm on a Thursday, stop by the office and join us.

If you’ve ever wondered about what happens at Beer Club but have been afraid to ask, here’s a rundown of what you can expect:

Our most recent “meeting” showcased beers that are good to cook with on Thanksgiving. I picked up a few beers that work as great companions to cranberry sauce, roasted turkey and pumpkin pie. We enjoy 1-2 ounce tasters of each beer, and I provide a summary of the flavor profile and the history of the beer.

We started with a Flanders red, which is a sour red ale that pairs great with cranberry sauce and could even be used as a substitute for water in your cranberry recipe. We then moved on to a doppelbock and two Belgian beers that are great for basting your turkey. I use a Belgian dubbel as a replacement for wine in my turkey recipe. Finally, I featured a chai milk stout that works harmoniously with the pumpkin spice flavors of pumpkin pie.

Try these out at your Thanksgiving meal to change things up, and be sure to join us at GroundFloor Media and CenterTable’s next Beer Club! 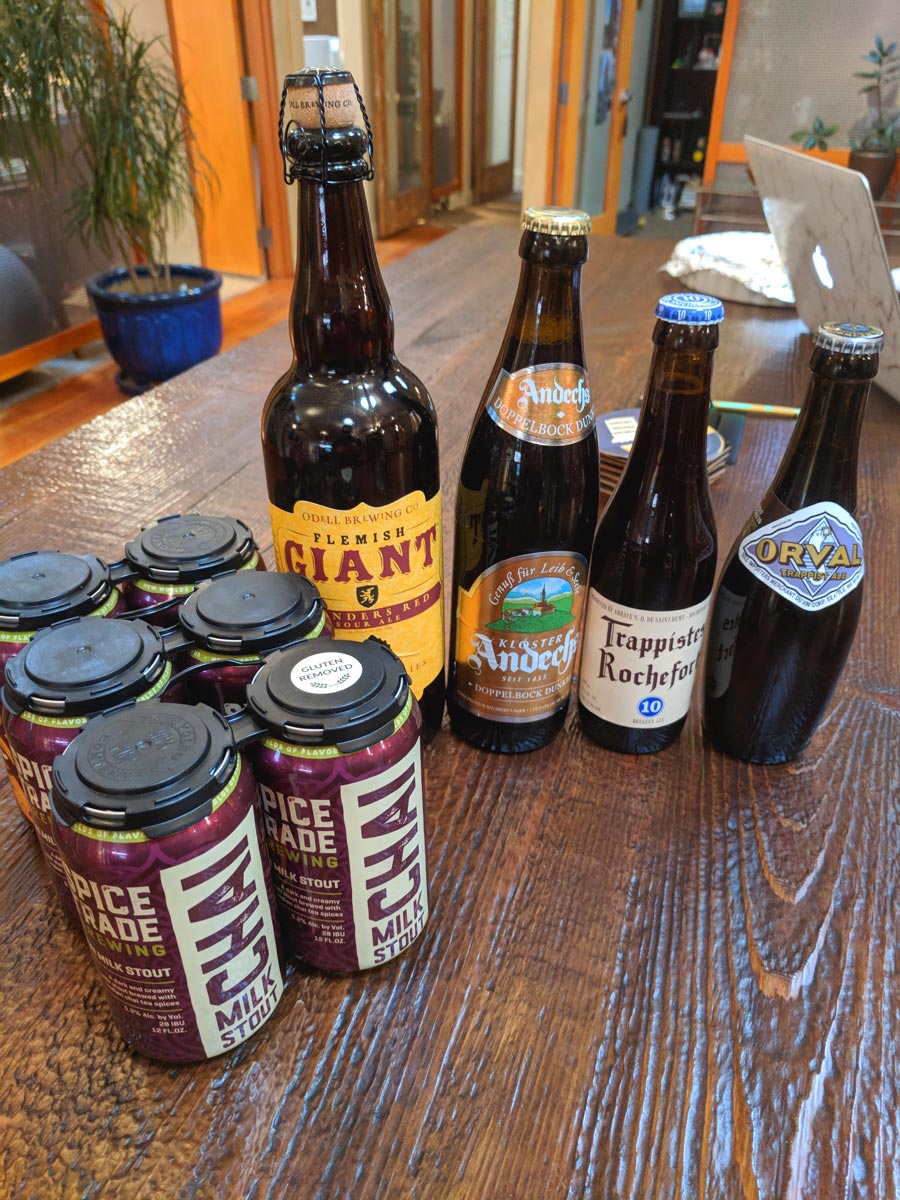