Social Networks are Adding Features and Pushing the Limits

Social networks are constantly trying to attract new users and retain existing ones, but this week revealed the lengths that they’re willing to go to grow. Facebook is trying to hook users before they can legally create an account. Meanwhile, marketers are finding huge success on Instagram, and new features are about to help audiences share more content within the app. Finally, Twitter is looking to expand into developing countries by making itself available in 24 new countries.

The Verge: Facebook Launches a Version of Messenger for Young Children
Though it’s being advertised as a playful way for kids to interact with trusted friends and family members, the app is a not-so-subtle way for Facebook to attract future users.

Mashable: Facebook’s AI Suicide Prevention Tool Is a ‘Black Box.’ That Should Worry You.
Facebook’s new AI tool might be able to save lives, but the fact that the company won’t share how it works with mental health professionals is a cause for concern.

Mashable: New Screenshots Tip a Ton of New Instagram Features, Including ‘Close Friends’
It looks like Instagram will soon be rolling out new features, including the option to share with a group of “Close Friends,” a regram button, GIF search and the ability to follow hashtags.

Marketing Land: Instagram’s Business Profiles Are Being Used by More Than 24 Million Marketers
According to the company, 10 million businesses have switched their accounts to business profiles since July, and 80 percent of Instagram’s 800 million monthly users follow a business.

Digital Trends: Twitter Lite Site Gets the Inevitable App, Now Available in 24 New Countries
Twitter Lite is already estimated to have led to more than a fifty percent increase in tweets.

Data-Driven Decision Making Basics – Adrienne Schafer breaks down the importance of understanding the nuances of data.

The Design Legacy of Ivan Chermayeff – Ben Hock reflects on the impact of the famous designer who passed away earlier this week. 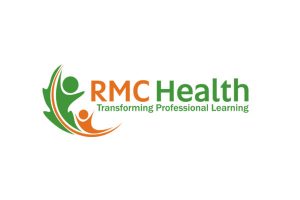