How To Make Stock Footage Work For You

Home > Blog > Video > How To Make Stock Footage Work For You 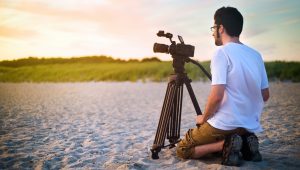 Stock footage gets a bad rep in the video community. The footage is usually bland, and a lot of it isn’t at the creative level most people aim for.

One of the great benefits of using stock footage is that you can use it to show places and things that your budget won’t allow you to capture yourself. There are large libraries of shots of every major city, landmarks and areas of nature that are available right at your fingertips. A lot of the time, there are even drone shots available so you could up the ante on establishing setting for your project. Using the vast libraries of establishing shots can not only help you save time and money on a production, but also get that money transition shot that you weren’t able to get yourself.

The best way you can make stock footage cinematic is through color grading. Manipulating the footage to suit the mood of your project will allow the stock to look authentic and fit in right alongside the images you obtained yourself. Grading can look wrong if done incorrectly, but it’s a tool that any creator can use to make all of your footage look similar, and that is true even for stock footage. Different types of cameras and qualities are used for stock, and grading can be the shortcut you need to make your stock blend right in.

They say a little “movie magic” can make anything look great on screen, and the same goes for editing stock footage. The actors used in the scenes may look hokey, but cutting between several shots can make their actions look genuine. If you’re working on a shoestring budget and can’t afford to hire real actors to shoot scenes, using stock footage to use with a voice over or music can be an effective substitute. Creating a great sequence out of a handful of stock footage, coupled with some color grading, can make your edit look like the real thing.

Stock footage can give you a great creative base to work from if you use it correctly. Combining establishing with fine editing and color grading can make your product look just as good as if you shot it yourself.

Consider using stock footage when money is tight and you will see that you can ball on a budget after all. Just make sure that you have the proper licensing permissions from the source you get it from.