In a long overdue announcement, Instagram is giving businesses the opportunity to schedule posts, and view posts that have tagged or mentioned their brand profile. We’ve also got the Super Bowl this weekend and Winter Olympics kicking off the following week – the perfect storm to see the latest and greatest digital brand activations!

AdWeek: Brands with Business Profiles on Instagram Can Now Schedule Organic Posts
The big news for brands on Instagram this week is that we’ll soon be able to schedule organic posts, view posts where we’ve been tagged or mentioned and view other business profiles. The updates will be rolling out soon, but one downside: the features will, at least for the time being, only be available via third-party apps like Hootsuite or Sprout Social.

AdWeek: Best Practices for Advertising on Instagram
In a world where we all-too-often focus solely on reach, clicks and cost per click, this article makes a compelling case for Instagram as an advertising platform in a brand visibility sense. Just like organic social media content, one size never fits all. And for Instagram ads that means moving beyond clicks and understanding how they can enhance your existing marketing mix.

BuzzFeed: Twitter is Sending More Clicks to Publishers as Facebook Sends Fewer
In late 2017, the news of Facebook updating its algorithm to focus more on person-to-person connections rather than business-related posts left many of us in the communications and media industries scratching our heads. But based on some new data, it seems that Twitter might be making lemonade out of those lemons. While the average clicks per post from media outlets are dwindling on Facebook, they continue to increase on Twitter.

Multichannel News: Olympic Channel Connects with Snapchat
If you’re like us, you can’t get enough Olympic coverage. Sure, we want to see the “main” events, but many of us are wall-to-wall coverage types – curling, biathlon, Nordic combined, and as many athlete stories as we can get our eyeballs on. Thankfully, we’ve got another outlet for our content fix this February with Snapchat.

MediaPost: Super Bowl Viewers Embrace Multiple Screens
This trend isn’t anything new when it comes to watching The Bachelor or thumbing through your iPad’s Twitter feed during the Oscars, but more than 47 percent of survey responders say they’ll utilize a second (or third?) screen during Sunday’s Super Bowl. Additionally, bowl-related streaming content viewership is expected to be up 45 percent from last year, and 68 percent of viewers will be using social media during the game. For an event that demands more than $5M for a 30 second ad, this growing trend creates some much needed, affordable marketing options for brands.

On the GFM Blog

Four Ways to Optimize Working In-House with Clients
Those of us who work for agencies occasionally get the chance to work in-house with our clients. Thankfully, in-house veteran and guru Amanda Brannum has shared some tips on making the most of the opportunity!

Best Movie Poster Designs of 2017
The Oscars are just around the corner, and while there’s plenty of content out there reviewing the films themselves, we’ve got our own Director of Creative Services Ben Hock to shine light on the “best of” the first creative elements we’ll experience from each movie. 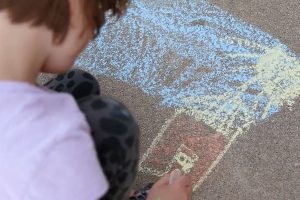 Tennyson Center for Children | Targeted Social Video Campaign Raises End-of-Year Funds
Running this campaign’s dual approach of engagement and conversion for five weeks at a total cost of around $3,000, the Facebook ad campaign reached more than 120,000 people in our highly targeted audience, 25,000 of whom directly engaged with the campaign on Facebook. In the end, CenterTable directly drove 103 of the 183 donations to a fundraiser that produced nearly $150,000 for the Tennyson Center for Children.