How do you elicit emotion in an on-camera interview? Embrace your own

Home > Blog > Uncategorized > How do you elicit emotion in an on-camera interview? Embrace your own 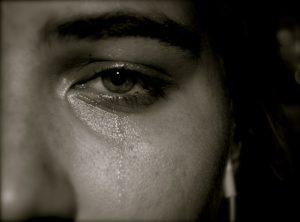 Everyone knows the shot. And everyone wants it. We were on set at a video shoot with a client recently who really wanted it. And he didn’t mince words about what it was that he wanted as we spoke before the interview.

“You’ve got to make this guy cry, dude.”

I hope I was able to bury the cringe I felt building up inside — and that was the last emotion I wanted to bury that day.

“If I take that approach into this interview, there’s no way he’s going to cry, dude,” I replied.

That’s the one sure thing I know about trying to elicit an emotional response in an on-camera interview: If you’re trying to do it; if you’re employing calculated tactics in your effort to make it happen, it’s likely that you’ll personally extinguish all the emotion in the room.

That being said, there is one methodology that I have found particularly fruitful — and even personally therapeutic — in these moments: letting go of all the thoughts about how you want this interview to go, and taking the time to seek out a genuine, human connection with the person you’re interviewing.

Seems simple, right? Not so much for a Type A producer. And let’s be honest, that’s pretty much all of us.

We got the client to buy in to our vision. We organized every detail of this shoot. We bickered with our director the entire car ride over about whether to set the stage for this piece with low-angle close-ups or a singular wide shot. Be honest, the idea that you’re going to throw out the meticulous notes you drew up for this interview is already giving you hives.

Let me try to appeal to the storyteller in all of us by attempting to illustrate the value of this approach through a parable, which happens to be the true story of my wedding.

Not unlike an interview subject preparing himself or herself to be asked about an intensely personal subject as part of a video project ultimately destined to be shared with all-too-wide an audience, I knew there was a good chance that I was going to ugly cry at my wedding in front of an audience comprised of my closest friends and family members.

I therefore comprised a series of emotional impediments.

I told a joke to my best friend and officiant before we walked down the aisle to lighten the mood. I did my best to stare straight ahead at the arch as we marched to avoid eye contact with someone who might throw me off my game. As the processional music began playing, I bit my lip so hard it almost bled.

I made it about halfway through my future’s wife walk down the aisle — right up until the moment my future father-in-law came into full view. He was sobbing. Seconds later, so was I. Shortly after that, my future wife, who I’d later find out was trying to employ some of the same emotional impediments, was fully testing the limits of her waterproof eyeliner.

We so often talk about our emotions as an individual experience: I need to get in touch with my emotions, I need to control my emotions, my emotions got the best of me. But in that moment, I realized just how much of a shared experience emotions can be.

So the next time you find yourself heading into an interview that promises to be riddled with emotion, do yourself a favor and stop trying to control the emotions of your interview subject.  Instead, do everything you can to embrace your own.

If your interview subject is describing a tearful reunion with a loved one, allow yourself to think back to a time when you had a similar experience. If you don’t have a relatable memory, allow yourself to imagine this person’s experience through the lens of your own life.

Don’t worry, you’re not ignoring your subject in allowing yourself this moment of personal contemplation; you’re empathizing with him or her in a way that goes beyond listening. And trust me, if you’re doing it right, everyone in the room will feel it — especially you.

You may find yourself reaching for the same tissue box as your interview subject, you may not. You may get that perfect shot of a single tear disappearing past a clenched jaw line, you may not.

What you will undoubtedly get is an important experience. And money shot or no, your project will be better for it.