The Winter Olympics has drawn to a close leaving us with plenty of memorable moments. From Shaun White’s triumphant return to the podium to Lindsey Vonn’s final Olympics performance, North Korea’s enthusiastic cheerleaders to tension around Vice President Mike Pence’s attendance – there were plenty of headlines made over the last few weeks. 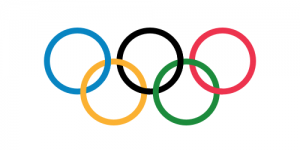 It would have been easy to predict many of these story lines – but what’s more notable are some of the “stories behind the stories” that grabbed some ink and airtime. Here are three examples worth a look:

Elizabeth Swaney is the modern-day Eddie the Eagle. Sure, she was a little ho-hum on the women’s ski halfpipe, opting to opt out of tricks, but Swaney has dreamed of competing in the Olympics since she was only seven years old and she found a way to make it happen. In an interview with The New York Times, Swaney made it clear that she didn’t want media attention. Rather, she felt her competitors deserved the spotlight. And while some might agree, how could the media resist her story of perseverance? Not only did she make her way to the Olympics, Swaney ran for governor of California at the tender age of 19 and was part of a competitive men’s rowing team. She might not be like the other athletes, but that’s exactly what makes her so appealing.

Nearly 3,000 athletes from more than 90 countries competed at the 2018 Winter Olympics. But, in terms of size, one of the top teams in attendance wasn’t competing for medals at all, although the Zamboni drivers were key to Olympics’ success nonetheless. If you’re a fan of hockey, speed skating or figure skating, then you ought to be a fan of Zamboni drivers! With nearly 40 drivers from a handful of countries working closely together, the Zamboni team was responsible for creating the perfect ice for the world-class Olympians and they didn’t miss a beat. National outlets including Esquire, The New York Times and The Wall Street Journal, to name a few, recognized the story opportunity and gave these unsung heroes their due.

The U.S. curling team won its first gold medal at the Winter Olympics this year, which is definitely a headline-grabbing event. But leading up to the historic win, the team was already earning coverage thanks to some unexpected support from surprise super-fan Mr. T. His tweets during the competition were fantastic, and he created a movement around the hashtag #CurlingIsCoolFool. Time, Huffington Post, USA Today and many others tuned in to Mr. T’s enthusiasm and a standout story was born.

The lesson for PR pros here is to keep your eye on the big story opportunities, for sure, but don’t dismiss the human-interest stories that can sometimes be equally captivating.