The Answer to Your Next Brainstorm is a Better Question

One of the most important points of message training is to avoid speculation if you don’t know the answer to a question. It’s better to say, “I don’t know” than to send reporters or audiences spiraling with potential misinformation. That said, this point can be much easier to teach than to practice. 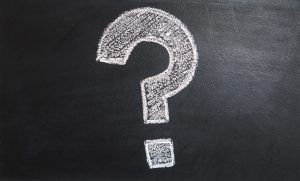 I, like many other senior-level professionals, take pride in having answers. After all, what is my 20 years of experience worth if I don’t know the solution to my client’s or team’s problems? But sometimes I find it particularly hard to say, “I don’t know,” or to ask additional questions rather than just jump in with an answer – no matter how preliminary or unknown that answer or solution might be. As it turns out, I’m not alone…

Why Questions Are Scary

My colleague Brooke Willard recently wrote a poignant blog post about overcoming imposter syndrome. In it, she describes that sinking feeling of being an imposter in your own field when asked a question to which you don’t know the answer.

Hal Gregersen underscored this issue in a Harvard Business Journal article about better brainstorming when he noted that people with the most senior positions and greatest technical expertise can be the most challenged when it comes to asking questions rather than offering answers when faced with a problem. Why? Because they’re often afraid of looking incompetent if they don’t have the answers. Sound familiar? It certainly does to me – so I was thrilled this article also offered some suggestions about how to handle this better.

The Value of Good Questions

Gregersen points out that – especially in a brainstorming session – the reason we’re hung up on an issue is that our usual “go-to” answers aren’t getting us anywhere. He notes that the best innovators know that the key to identifying a better answer is to ask a better question. In fact, he suggests that the best questions have the following qualities, among others:

Most importantly, Gregersen asserts that the best questions challenge deeply held assumptions. For this reason, he suggests inviting a few people outside your normal sphere to join a brainstorm to consider the challenge from a fresh angle. It’s also a benefit to include a few people with different cognitive styles or worldviews from your own. They don’t know better than to point at the elephant in the room – and sometimes that’s key to unlocking the real issue and solving the problem at hand.

How to Brainstorm For Questions Instead of Answers

So, how do you get to these valuable, high-quality questions? Gergersen outlines a three-step process:

Gregersen suggests three rounds of the question burst activity – with the notion that the more you do it the deeper you’ll go into your thinking.

The Best Environment for Questions

At GroundFloor Media | CenterTable we’ve deliberately created a culture that fosters critical thinking and encourages the humility, vulnerability and trust that Gregersen emphasizes is key to fostering questions that lead to better answers. That said, I’m excited to try this technique – particularly the six-minute maximum commitment from my colleagues in my next brainstorm. He also notes that people must take accountability to exploring the pathways opened up by questions. Without a commitment to discovering equally valuable answers, the questions become meaningless.