There are few things as frightening, potentially damaging and as misunderstood as a crisis. Here are five things about crisis communications that may be counter intuitive but are absolutely true: 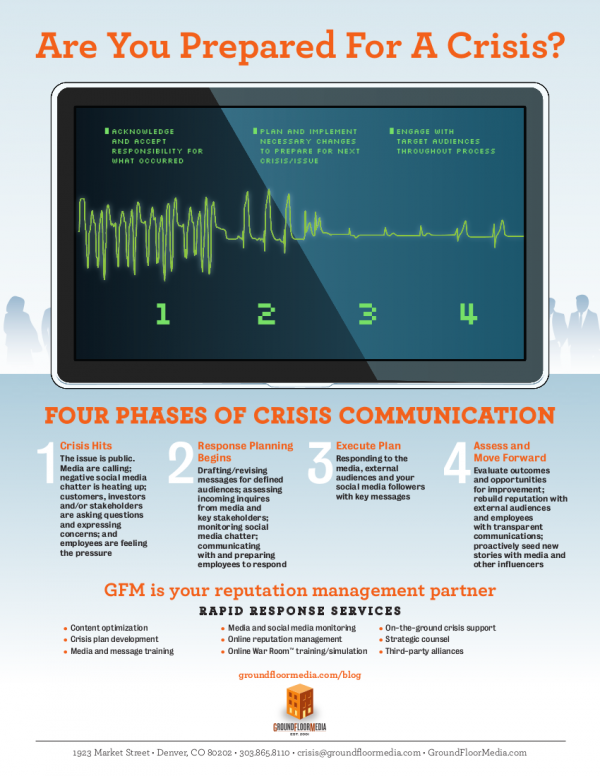 Jeremy Story is a Vice President at GroundFloor Media, where he co-leads the firm’s Crisis, Reputation and Issues Management practice. He has more than 20 years experience helping companies ranging from start-ups to the Fortune 100 prepare for, manage and recover from crisis issues.