Is Traditional Advertising Dead? Not if you ask Shaq 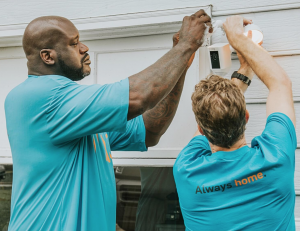 While traditional advertising is on the decline, now being taken over by targeted digital ads and YouTube stars, it’s certainly not dead. Just ask Shaq.

In the world of public relations, one of the primary communication vehicles to reach target audiences five to 10 years ago, the mass media, has shrunk dramatically. It’s no secret that prominent newspapers and magazines have shuttered, and those that are still publishing are a fraction of the size they used to be. News departments at TV and radio stations have downsized dramatically as well. Certainly, the decline in advertising sales, particularly classified ads for newspapers, have had a dramatic impact on the media. What’s more, how people consume news, watch or listen to music and entertainment, has also shifted. Consider a Pew Research study that showed six in 10 young adults are turning to online streaming, like Netflix and HBO go, to watch TV. What this means is that all of us are seeing advertising in a much different way than a decade ago.

That said, I was intrigued by a recent Real Sports segment that featured Shaquille O’Neal and the fortune he’s made in the nearly decade since he’s retired from the NBA as an ad pitchman.

What I found particularly refreshing about the advertising story and Shaq’s philosophy, is that he only pitches products that he likes and believes in. What’s more, he wants to make people laugh and the ads are generally irreverent and funny. Through his own research, he found that some of the most popular TV ads ever used humor (anyone remember Spuds MacKenzie for Bud Light?).

He pitches credit cards, vacations and Krispy Kreme donuts. In fact, on the first day of the Krispy Kreme shoot, instead of following the carefully written script, he grabbed a Krispy Kreme hat and went to the drive-thru window and started handing out donuts. That became the ad. According to the branding company he works with, he “Shaquifizes” everything he touches by bringing his own humor and authentic self to what he pitches.

According to the segment, the Shaq brand is fun. “I want to make people laugh and that’s part of the business model,” said Shaq. One of the particularly fun ads that Shaq has done was for a security company called Ring. He tells the story of buying a new house and getting a quote for $40K for a security system. He did his own research and came across a $300 doorbell camera called Ring. He was so excited by what he found that he tracked down the company’s founder and asked about becoming Ring’s pitchman. Not only did he star in the TV commercial with the company founder (Shaq is seen on a ladder installing a video camera), he invested in the company, which was recently bought by Amazon for $1 billion.

One of the most surprising things about the Real Sports segment is that Shaq convenes all the companies that he works for once a year for the Shaq Summit. He strategizes with the CEOs and sales reps and asks a key question: how can he do better? Shaq’s second career as a pitchman has made him even more wealthy, and let’s face it, the Shaq brand is on fire. 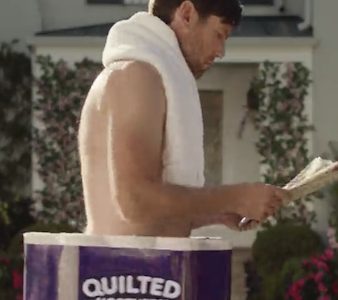