As Pets Become Top Influencers, Coloradans are Getting in on the Act

Home > Blog > In the News > As Pets Become Top Influencers, Coloradans are Getting in on the Act 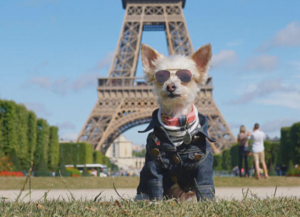 As a huge animal lover, I was intrigued by this recent story on CBS Sunday Morning about how people are making money with their pets as “influencers” on social media. Some of the popular pets represented by The Dog Agency include Ella Bean the Fashion Blogger (a four-pound Chihuahua), Atticus the Hedgehog (profiled in ads for Stainmaster carpet cleaner), and Diddy Kong and Yeti Kong, two monkeys from Miami.

According to the story, using pets as influencers is not just creative – it’s lucrative. “Influencers with millions of followers are getting around $10,000 to $15,000 per piece of sponsored content,” said Loni Edwards, owner of the Dog Agency. “Some campaigns have many pieces of sponsored content.”

In a state that loves its dogs, it seems only natural that Coloradans are getting in on the act.

As I was discussing this story with a colleague, he shared with me another story that caught his attention a few years ago when he was working for local TV station, FOX31 Denver.

As part of his work at the station, he created an online contest called the Colorado Brewery Cup. A brewery called City Star Brewing in tiny Berthoud, Colo., beat out more than 200 breweries from across Colorado, including heavy hitters like Oskar Blues and New Belgium, based on multiple rounds of digital voting. The competition first selected representatives from regions and neighborhoods across Colorado, and then pitted each representative against one another in a bracket-style competition.

City Star was able to leverage its relationship with a dog influencer, Harley the Chihuahua, to secure votes. On his own, the accounts that feature Harley, a one-eyed Chihuahua who just happens to be owned by one of City Star’s co-owners, are used to raise awareness and education about the plights of dogs like Harley that are raised in puppy mills. In championing this cause, Harley has gained more than 175,000 followers across Facebook, Twitter and Instagram. That following came in handy for the Colorado Brewery Cup, as each time one of Harley’s accounts asked followers to vote for City Star, the tiny Berthoud brewery gained hundreds of new votes.

City Star continues to leverage its relationship with Harley, who has sadly now passed, in other unique ways, as well. Each year, they host a Hops and Harley event, where 100 percent of the proceeds benefit the Colorado-based nonprofit organization, Harley’s Dream, established to create awareness and educate the public about puppy mills.

Forbes, known for its lists of the wealthiest people, even has a list of the Top Pet Influencers. At the top of the list, if you guessed Grumpy the Cat, you’re right. And while Harley’s following of 175,000 here locally is impressive, the top 10 pet influencers on social media have a total reach of 68,000,000 when you include Facebook, Twitter, Instagram and YouTube.