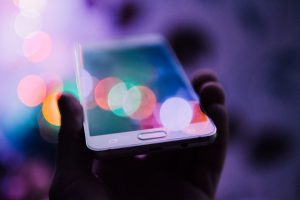 Social Media Today: Facebook’s Up and Downvote Tools for Comments are Now Available to More Users
Much like the up-and down-voting functionality seen on websites like Reddit, Facebook has rolled out options for promoting content you think is “helpful or insightful,” or, on the other hand, voting down content that “has bad intentions or is disrespectful.” We wonder if this is part of Facebook’s answer to its often-criticized moderation guidelines. Can Facebook users be galvanized to help to police the platform at large?

Marketing Land: Facebook’s secret ‘Loyalty Prediction’ ad tool anticipates future user behavior & purchases
An intercepted confidential document states that advertisers will soon be able to create campaigns that target users based on data about their behavior and purchases. It will be connected to their FBLearner Flow and leverage artificial intelligence.

USA Today: Travelers can now book tables and event tickets on Instagram
Travel and food retailers rejoice; Instagram added action buttons to photos that allow users to “Reserve” or “Start Order.” OpenTable and GrubHub are two of Instagram’s many partners that are already taking advantage of the new functionality. Now you can drool over food photography andorder it straight from the app. Instant gratification!

Daily Dot: How to master Instagram Live, Instagram’s livestreaming feature
With its step-by-step guide to livestreaming in style, the Daily Dot describes how to powerfully engage your following through the platform’s live video feature. Share the screen with a friend, save the footage for later and more.

The Verge: Google just gave a stunning demo of Assistant making an actual phone call
A few days ago at I/O Onstage, Google’s biggest conference of the year,CEO Sundar Pichai played a recorded conversation between Google Duplex, a virtual assistant powered by artificial intelligence, and a receptionist at a hair salon. With conversational tones and even an “mmm-hmm” that stunned the audience into laughter, we think the human receptionist was none the wiser that a client’s appointment was being requested by a computer. The future is now.