The Making of the Smart Ash Animation

Home > Blog > Design > The Making of the Smart Ash Animation

Animation has always fascinated me. I drew endless comic strips and superheroes as a kid, and making those drawings move like what I saw on TV every Saturday morning was a dream. Taking a drawing from paper to screen gave it life, and all I wanted was to make the characters from my imagination real. When I finally started experimenting with animation in high school, I found a medium that was tedious, but every bit as rewarding as I had hoped. I eventually graduated with my BFA in animation, and although it’s not something I do every day at CenterTable, I relish the opportunity to bring drawings to life for clients who understand the value animation can have in telling a unique story.

We are extremely lucky to work with Denver Parks & Recreation on a campaign that has been fun and irreverent from the start, and we realized a great opportunity to bring animation to the forefront. The Be a Smart Ash campaign informs Denverites of the oncoming threat of emerald ash borer (EAB), an invasive species that’s threatening Denver’s ash trees. Since the campaign began in 2015, we’ve created the name, logo, website, collateral, hosted events and increased awareness about EAB in fun and creative ways. While brainstorming where to go next with Be a Smart Ash, we started talking about Wild Kratts, an animated PBS series about brothers who explore the animal kingdom. The idea had the whole team buzzing with potential story lines and characters for our own animation about EAB. Animation offered us the perfect way to take a topic that might not be so compelling at first, like tree treatment methods, and make it entertaining. After sketches, writing, recording and a lot of drawing, The Smart Ash was born.

Below I’ve detailed the steps that went into the creation of the Smart Ash animated series, so you can understand what to expect if you’re interested in using animation to help promote your brand and deliver messages in a creative and engaging way.

This is how it all began. We sat in a room and started rattling off all the ideas we could think of. From there we whittled things down and developed the skeleton of the story.

We had to figure out what the main characters and their environment looked like. The look and feel was inspired by the design work we had already done for the campaign, but we also incorporated some aesthetics from Saturday morning cartoon shows, like Batman: The Animated Series. 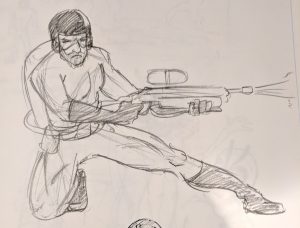 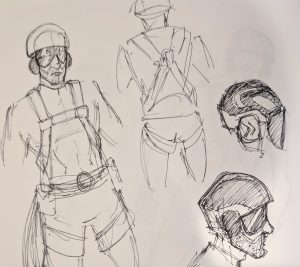 With the characters in hand, we storyboarded the animation to get an idea of how everything would look on screen. Storyboarding for animation is kind of like cinematography in film. How will all the shots look? 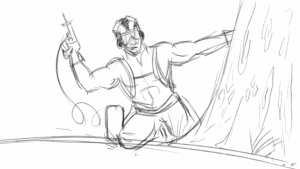 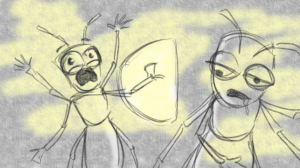 Our wonderful voice actor (Denver City Forester, Rob Davis) followed our lead and performed his best “Bat Dad” impression to add some comedy to the character.

The animatic combines the storyboards and the sound to give a sneak preview of what the video will look like and how the story will flow. It’s a great way to see if there are any timing issues and obtain approval to move forward with design.

All of the backgrounds were created based on the framing from the storyboards. 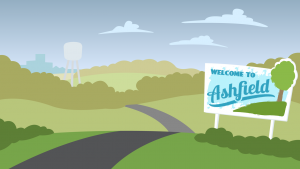 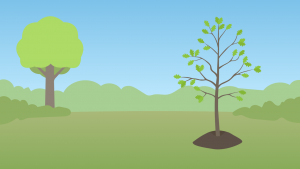 We then took the poses from the storyboards and linked them all together with rough drawings to see what everything will look like in motion. 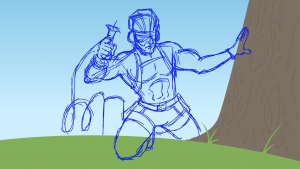 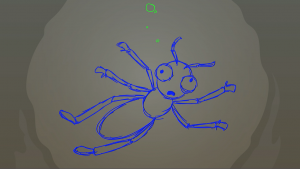 Once scenes flowed well and looked good, we cleaned up the drawings and finalized them by adding color and effects, like shadows. 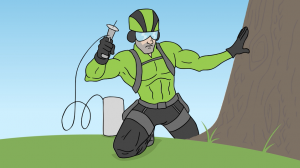 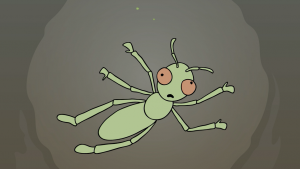 We combined the final frames of the animation and the audio.

Our team uses a variety of software to complete animations like The Smart Ash, including the Adobe Creative Cloud, Toon Boom Storyboard Pro and Toon Boom Animate Pro.

If you think animation might be for you, watch all the episodes of The Smart Ash and check out more of our animated work on the CenterTable website.