You know the old saying – “With great exposure comes great responsibility.” No, that’s not it… “Mo’ followers mo’ problems?” No, that’s not it either… Let’s just say “tweet responsibly.” That seems to be the theme this week after scandals broke out in both entertainment and sports due to ill-advised Twitter use. Roseanne Barr finally crossed ABC’s line in the sand with a racist tweet that she’s blaming on Ambien (ok, Roseanne… The makers of Ambien have since fired back). Despite its success, her show was abruptly cancelled. Meanwhile, The Ringer released an article alleging that Bryan Colangelo, general manager of the Philadelphia 76ers, has been operating multiple burner accounts to tweet negative information about players, coaches and rival GMs. The 76ers are conducting an investigation into the allegations. Twitter is a powerful communication tool, but take situations like these as reminders that social media can lead to failure if used inappropriately.

ABC already dropped Roseanne for her racist tweet, but it will be interesting to see how the Bryan Colangelo situation unfolds. The evidence seems pretty damning.

Digital Trends: Can You Spot a Photoshopped Picture? Here Are 9 Ways to Identify a Fake Photo

“Fake news” does not just include articles or stories. Image manipulation can take an innocent photo and turn it into a headline. Learn how to spot a fake so you know when to ignore an inflammatory photo.

Do you struggle with finding the best time to post to Instagram? According to research, posting during the week at lunch and in the evening tends to lead to the best results.

The Verge: Everything you need to know about GDPR

Europe’s new privacy law, the General Data Protection Regulation (GDPR) went into effect on May 25th. The most obvious results will be associated with terms of service agreements and privacy policies, but this article details everything you need to know about the new law. 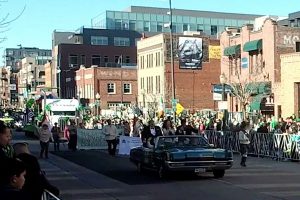 The 2018 Denver St. Patrick’s Day Parade live stream reached more than 40,000 viewers without any paid promotion or boosting. Engagement was extremely high with more than 200 comments, 455 shares and more than 500 reactions.