Denver Media Shares the Good, the Bad and the Ugly 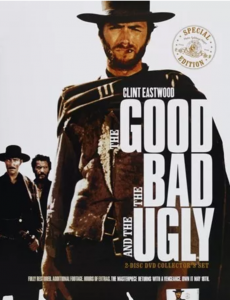 It makes little difference if you’ve been working with Denver media for a long time or are new to the market because there are so many new faces and veteran journalists leaving the media (many taking communications roles) that no one can keep up.

The Colorado Healthcare Communicators recently held its annual media roundtable, in which the following reporters/editors participated and shared their thoughts on the current state of the market, how best to work with them, and their biggest pet peeves.

Note: Since the media roundtable took place, there have been two changes to the list below. Ed Sealover is no longer covering health care for the Denver Business Journal, and John Ingold has just left The Denver Post. As you may have read, a number of veteran Denver Post reporters have started The Colorado Sun with a Kickstarter campaign. More to come on that.

9News: Chris Vanderveen is an investigative journalist who has focused the past few years on the cost of health care, and he’s passionate about the topic: “The U.S. spends 18 percent of GDP on health care, and we don’t outperform other countries who spend far less.” He created a long-running segment called “Show Us Your Bills,” in which he asked viewers to share health care bills they received that seemed “over the top.” He’s received more than 500 medical bills from viewers. Since he only focuses on investigative stories (and loves data), he said to pitch breaking news or feature stories to the assignment desk. Chris said the best way to get interest in a story from 9News is to make a friend in the newsroom.

Denver Business Journal: Ed Sealover was at the media roundtable as a health care reporter, but since that event, he’ll no longer be reporting on health care but will continue to focus on his other beats: government, tourism, transportation, hospitality and brewing. From a health care standpoint, Ed said that the Denver Business Journal focuses on cost and the impact on employers and employees or the business of health care. The paper is interested in topics that impact health care operations, insuring workers, and how those items impact a business’ ability to deliver health care. They don’t cover population health or general consumer stories – those topics are left for The Denver Post and Colorado Public Radio. He also said there’s not enough coverage on mental health, particularly how it relates to employees in the workforce. Ninety percent of the paper’s news is online, and reporters only get one page per week for the print edition.

The Denver Post: John Ingold shared that his now former paper focuses on stories that have a broad impact on people. He was also candid that all online stories are tracked through “clicks,” and how many eyeballs were on the story. When someone asked if The Denver Post will cease being printed, Chris said he didn’t think so. The Denver Post prints a number of papers including The Gazette (Colorado Springs), The Denver Business Journal, all of the weeklies for Colorado Community Media and more. He did say that when pitching a story, have a photo in mind as stories with interesting photos always do better online (and it’s about the clicks).

Westword: Patty Calhoun founded Westword 40 years ago. Her paper targets “consumers of the city.” She said that 90 percent of the time is spent on online content/digital, even though they still have a printed paper. The paper looks for what are the best stories that connect people to the city. They will always do breaking stories online. She said unlike the other newspapers in town, Westword focuses on longer, investigative pieces, oftentimes these start out as “narrow”-focused stories that become bigger and more in-depth. As someone who has been in the news business for 40 years, she gets frustrated by PR people who don’t take the time to know who they are pitching, and her biggest complaints are from New York PR folks who truly don’t take the time to send the right pitches to her paper.

The media roundtable that the Colorado Healthcare Communicators puts on is always entertaining and a great opportunity to hear from extremely talented reporters. It will be interesting to see how much will change a year from now at the next event.