Facebook Launches Tool To Allow Anyone To View Ads 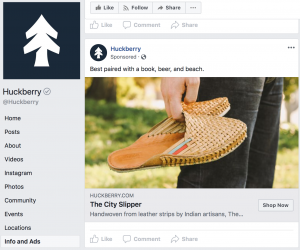 After originally announcing that the feature was coming back in October, Facebook has launched a tool that allows people to see all of the ads that have been run from a Page across the entire ad network.

The move is part of Facebook’s push towards more ad transparency and is, in effect, an extension of the political ad tool that went live a little earlier this summer.  The tool will allow users to see ads bought on a page by clicking on the Info and Ads tab. The feature, which will showcase active ads running across Facebook, Instagram, Messenger and Audience Network, does not include the audience and spend information that political ads will be forced to share. Users can also not comment or engage with an ad unless they are part of the audience being targeted.

Twitter also launched a tool (interesting timing, huh?) to help provide more visibility into what advertisers are doing, called the Ads Transparency Center, will be used in a similar way to how users already search on the platform. It only includes ads that have run within the past week.

For marketers the opens up a number of interesting possibilities in the areas of strategy and competitive analysis. Yes, it is now possible to see what competitors or others in ancillary markets and verticals are doing from a messaging and creative standpoint, but it also increases the possibility for ads to become even more homogenous and could allow for a deluge of copycat ads from less experienced marketers.

From a new business perspective, both of those new tools will allow for marketers to more quickly get up to speed on an industry and business, that much is sure. But what other impacts transparency brings to advertising remain to be seen.