Get ready for that time of year where big box stores skip straight over Halloween and dive headlong into winter holiday decorations. Perhaps your organization should be thinking ahead too. You’ve still got time to implement some web and content strategies for higher conversion rates during the holiday season. The strategies below can work for you whether your holiday campaign will include collecting donations or motivating people to purchase your services. Give your future self the gift of a solid plan.

Social Media Today: 5 Things You Should Be Doing Right Now to Prepare for Giving Tuesday

Opening day is coming! Whether you think of Giving Tuesday or Colorado Gives Day as opening day to the holiday giving season, put a plan in place now. Identify your most compelling stories, prep your tech for a deluge of donations and make sure you’ve thought through how to make the most of your hard work. Even if you’re a for-profit business, consider finding a nonprofit partner that might make sense for you to work with.

Whether a website conversion for you is a donation an email sign up or a purchase, it’s always worth reading THE digital marketing evangelist’s thoughts on the topic. Along with the six nudges he suggests, he tells you exactly how you can measure the cost of inaction or success related to your friendly, subtle pushes towards conversion.

Sometimes small tweaks can have big results. That’s what Facebook’s data shows when comparing stills to images that have been tweaked to include motion using their new Create to Convert tool. Although it doesn’t yet appear to be a self-serve feature, there are other tools out there like Canva and Adobe Spark that have similar functionality you can use right now.

The June purge of Twitter accounts is continuing as Twitter tries to keep people who have already been suspended from signing up again. You could see your Twitter followers number drop since Twitter is no longer including private accounts in that count. Other ways you could be affected include seeing less spam, so that’s a plus! Twitter says the purge has meant 8,000 fewer reports of spam per day. 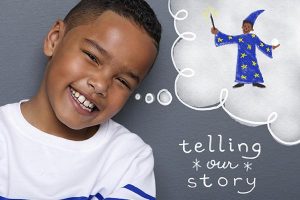 While previous annual reports successfully presented the facts, the redesigned report resonated with readers and helped TCC share its story in a much more compelling way.