Is Your Pitch Ready for Prime Time? 6 Tips to Secure National Media Coverage 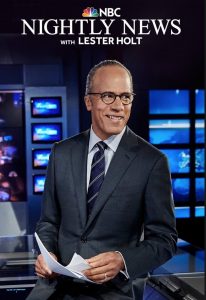 Securing national media coverage for your client, especially when you’re based in the middle of the country like those of us in Colorado is no easy feat.

It’s no secret there are fewer media outlets and reporters, but there are an endless number of blogs and digital communication opportunities as well. Standing out from the hundreds, if not thousands of pitches that national media receive every day is a big challenge, but not impossible. Following are some lessons GroundFloor Media has learned over the years that can help with your next national pitch.

It’s easier to pitch someone who is based in your city who may already be familiar with your company or organization. National media outlets have “stringers” based in cities around the country. New York-based media will often tap local freelancers who may have previously worked for them. If you can locate the national stringer or freelancer, pitch them your story and they can push it up to their national media outlet.

2. Make friends with the media.

It’s harder to pitch a national reporter or producer when you have no previous relationship, so take the time to conduct outreach to the reporter, learn what they like to cover, and if they’re a producer, find out which news programs they’re affiliated with. Stay in touch with them without barraging them with emails and pitches. Be selective about when you reach out. Make it meaningful.

Just because your CEO or client thinks they deserve national coverage doesn’t necessarily mean that national media will think so too. Don’t pitch a company or person, but put together a story that includes the who, what, when, why and the visuals that will bring your story to life. What makes for a good national story? Think like a reporter. Is it visual? Compelling? Is there a protagonist or a hero? Does your story impact a lot of people? Is the story part of a larger trend.

If you have a story in mind that you think is worthy of national coverage, figure out where you think it would fit best. Is it right for national broadcast news? If so, then determine which TV outlet would work best. Not everything is right for the nighttime national news, but there are many options for national broadcast coverage so do your homework – this means watching all the news programs at different times of the weekday and weekend.

Assuming you’re going to email the reporter first, your pitch needs to be interesting, concise, and provide the reporter or producer everything they need for the story, preferably in the first several sentences. Make sure you have a catchy subject line too. Tell the reporter how your story is part of a bigger trend, impacts a lot of people or why it’s different. Make it an exclusive if you can.

You can try to track the reporter or producer down at their desk (good luck) or better yet, reach out to them directly on Twitter if they’re not responding to you on email. Also, following the reporter on Twitter will give you a good idea of what they’re covering. You need to be persistent with your follow-up, but remember there’s a fine line between persistence and stalking. If the reporter tells you no, thank them and move on to someone else.

Following is a recent national story that aired on NBC Nightly News that the GroundFloor Media team secured for a client. We knew we had a strong story, but it meant taking it to the right producer who, after numerous attempts to pitch other stories to her bosses on our behalf, was successful this time. Persistence pays off.

If you’re interested in other tricks of the trade from the PR team at GroundFloor Media, check out Journalism and a Trump White House: What are the PR Takeaways? Getting to the Point in Public Relations and Top 5 PR Lessons from the Royal Wedding.