Feature stories in outlets such as the Boulder Daily Camera, Denver Business Journal, The Denver Post and Westword

In an effort to refresh an aging brand, Old Chicago decided to launch a nationwide rebranding effort that included an overhaul of its menu, a focus on local craft beer and a new look-and-feel. GFM was enlisted to build awareness about the rebranding through local media relations. 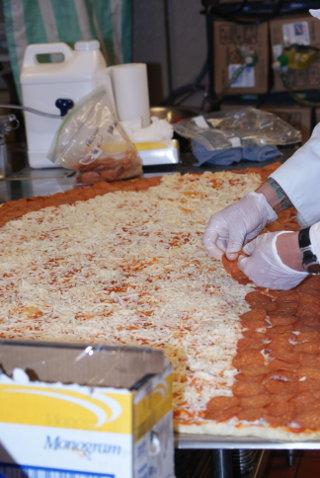 To tie in the Colorado story and create a media-centric event, GFM recommended that Old Chicago create a pizza with dimensions that represent the Mile-High (5,280 feet) City: five feet in diameter with two, eighty-ounce toppings. The specified dimensions were sizable enough to create “Colorado’s largest pizza” and proved to be a successful media and consumer attraction.

GFM created a flyer that was distributed via street teams and on social media. The team also documented the pizza-building process and event through photos and video. The footage was shared with local media outlets and across several social media channels. The “5280 pizza” was covered on a local and national level, and, most importantly, all of the media placements secured included the brand refresh messaging.

The GFM team conducted extensive outreach across Colorado’s Front Range. The media targets included prominent outlets in the Denver metro area as well as hyper-local publications in the neighborhoods in which Old Chicago refreshed its restaurants.