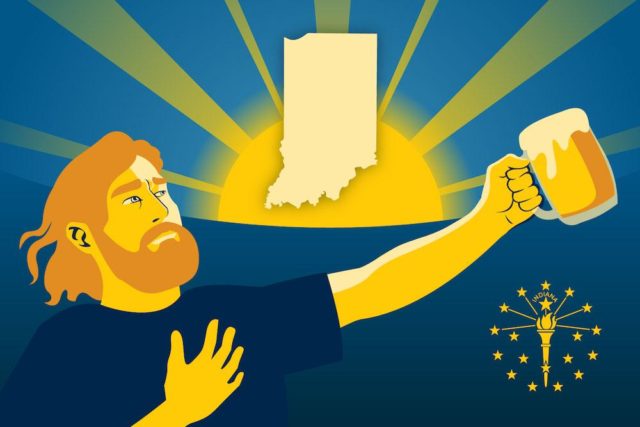 An archaic state law was in place that limited Indiana’s brewers to producing a limited number of barrels of beer per year and selling them within the state. Sun King Brewery and GFM had to take on the large distributors that wield money and influence among legislators and local businesses.

The grassroots campaign generated nearly 35,000 letters from Indiana craft beer loyalists to legislators, prompting lawmakers to pass the bill and Gov. Mike Pence to sign it into law. The bill’s author called it a “historic compromise,” adding that the campaign helped gain “100 percent consensus” from the Brewers of Indiana Guild and wholesalers. The bill’s passage was a big win for the exploding craft beer industry and its growing impact on the state’s economy. The change went into effect July 1, 2015, and means more local beer for the people of Indiana, as well as an expanded business footprint for Sun King Brewery and the entire craft brewing industry.